Nelson Linder tells theGrio why he believes Draylen Mason and Anthony House were targeted and killed. 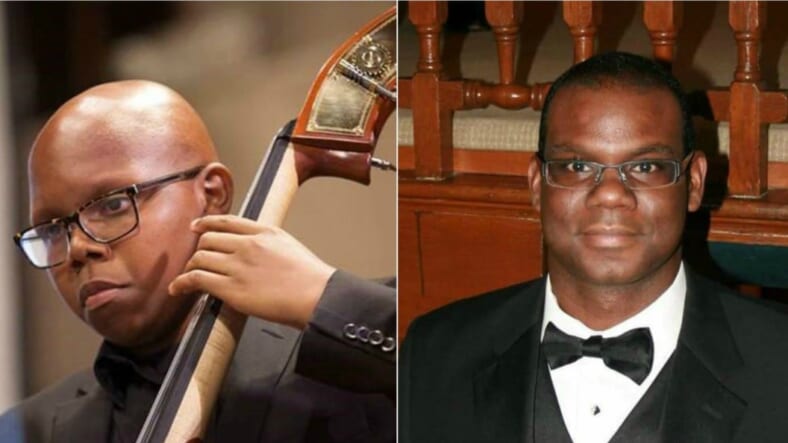 As residents in Austin, Texas, remain extra vigilant given a recent string of package bombs that have killed two people and seriously injured two others, the President of the Austin Chapter of the NAACP, Nelson Linder spoke exclusively to theGrio and believes personal animosity may be responsible.

Two of the bombing victims’ families are African-American members of the same church and have known each other for many years, said Linder.  Investigators are trying to determine whether or not the motive constitutes a hate crime since all of the victims are people of color.

Dr. Freddie Dixon, the stepfather of the first victim, Anthony House, 39; and Dr. Norman Mason, the grandfather of the second victim, Draylen Mason, 19 are very good friends and prominent leaders in Austin’s Black community. Dixon was a minister at the Wesley United Methodist Church for more than 20 years, while Mason owns a dental practice in Austin.

Linder also pointed to a third bombing incident, which injured a 75 year old Hispanic woman, Esperanza Herrera. Linder believes that bomb was intended for an Erica Mason, who lives on the same street as Herrera. While she shares the same last name as one of the other victims, she is not related to the Mason family.

“We think these deaths and bombs have been targeted,” Linder said. “The odds of Anthony being killed, his stepfather being Dr. Dixon, and knowing Draylen’s grandfather? That’s way too many coincidences. How the bombs have been made, how targeted they are, and how they’ve been delivered to peoples’ homes….this feels personal.”

As the Black community’s leader in Austin, Linder not only knows both of the victims’ families, he also had a personal connection to House, whom he hired in 2008 to build and maintain his NAACP Chapter’s website. House, a project manager at Texas Quarries, was introduced to Linder by an Austin NAACP officer whose daughter had been dating House and is the mother of his 8-year old daughter.

“Anthony was a very smart guy, very talented and focused, and he loved his daughter,” Linder said. “He was a valuable asset in the community. We’ve lost somebody who had a lot of skills to get things done.”

While Linder didn’t personally know the second victim, Draylen Mason, he knew of him and called him an “excellent student” who played several instruments, including the violin and upright bass.

The NAACP leader points to what he calls “a missed opportunity” following the explosion of the first package bomb that killed House on March 2, which was treated as an isolated incident. Then the second package bomb (killing Mason) exploded on March 12.

“What happened on Monday changed the whole focus of the investigation. We mobilized to every neighborhood to get the message out. Had we known after the first bomb that this was intentional, we could’ve done a better job of telling people to not touch or pick up anything earlier.”

Linder admits he has many unanswered questions and also wonders if retaliation may be a motive. Just two weeks before the first bomb exploded, Linder recalls a drug raid near House’s neighborhood. Linder believes House’s home and car and the home and car involved in the raid looked very similar. One theory Austin police are investigating whether the attacker may have delivered the bomb to the wrong home.

“There’s a lot of pain and people are scared,” said Linder. “They don’t know the nature of what’s going on. But between the ATF, FBI and APD, we have the right folks investigating and they’re hard at work. They’re looking at the right things and connections now, and doing a full investigation. We just need to figure out who is doing this.”