Black Trump supporter goes off on CNN: “You have no respect for Mrs. Trump” 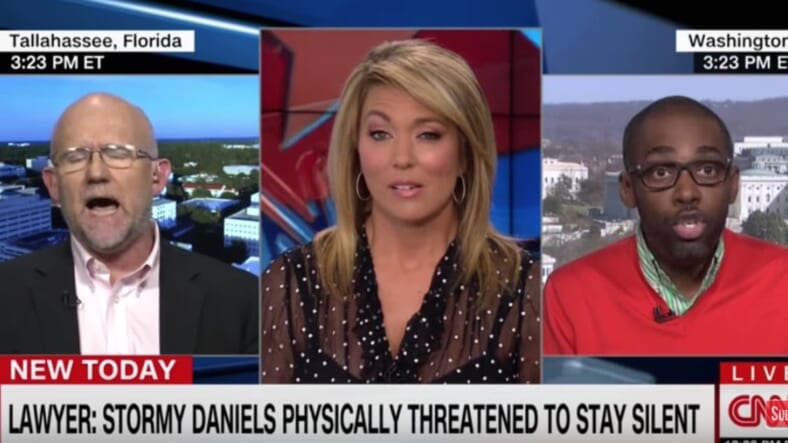 When Dennard asserted that Trump’s sex life as a private citizen wasn’t relevant to his current presidency, Wilson slammed his defense of the president’s actions.

READ MORE: Soledad O’Brien savagely shut down a CNN reporter on Twitter and we weren’t ready

“I’m sorry, I feel you struggling here, let me help you out here,” Wilson said sarcastically.

Wilson then argued that Trump’s “pattern” of extramarital affairs should be condemned the same way Republicans condemned former president Bill Clinton. Dennard stood his ground, pointing out that that the allegations of sexual misconduct against Clinton came when he served as Arkansas attorney general and governor.

“You can dig up dirty laundry and I pray to God no one goes back into your past,” he continued.

The exchange just got uglier and more personal from that point forward.

“Rick, I don’t know you, but I would advise you not to question my character because you don’t know me,” Dennard warned.

Check out the outrageous exchange below.