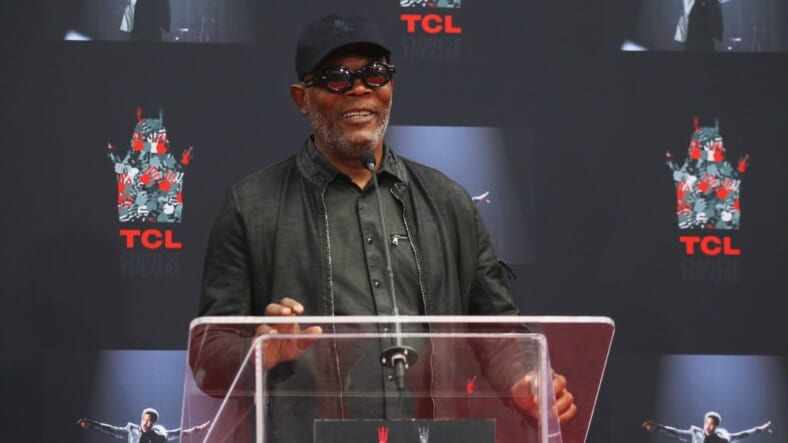 Move over Martha and Snoop – there’s another unlikely dynamic duo in town!

Saturday night Samuel L. Jackson and Judge Judy were snapped having dinner and lots of drinks together in L.A.

READ MORE: Doctor’s missed the signs of 13-Year-Old boy whose sinus infection spread to his brain

“Dinner with a Boss!!” Jackson wrote as the caption to his social media post that shows the twosome sipping on cocktails. “Always Dope connecting with Judge Judy!”

The iconic actor first opened up about his friendship with the daytime television judge last March during a visit to Bravo’s Watch What Happens.

“I met Judy at [my agent Tony Howard‘s] house,” Jackson told host Andy Cohen. “My lawyer’s husband is the guy who makes her deals. I met Judy at Tony’s house and we used to smoke together ’cause I used to smoke. And when Judy stopped smoking, she made me stop smoking. She sent me to her doctor in White Plains, who actually treats you with sodium pentothal and I quit smoking. But Judy used to get up in the middle of the night to smoke. She’s like, ‘I would get up to smoke.'”

The Snakes on A Plane star has nothing but nice things to say about his unlikely partner in crime.

“I’ve had tea with Judy at the Dorchester in London,” he gushed. “And hang out and fly back and forth cross country with her on planes. Judy’s awesome.”

Dinner with a Boss!! Always Dope connecting with Judge Judy!