New information has come to light as his friends and family seek answers. 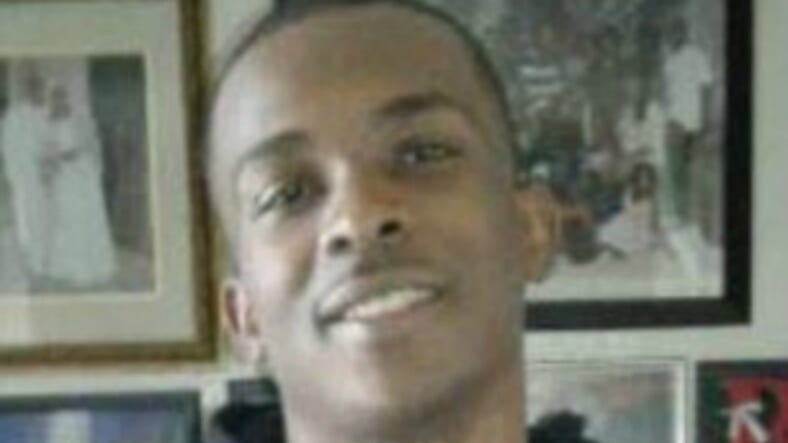 New information in the police shooting of 22-year-old Stephon Clark has come to light as his friends and family are still seeking answers.

Clark was fatally shot on Sunday night after the South Sacramento police responded to a call about an unidentified person breaking car windows nearby.

Sacbee reports that the police confirmed that they shot at the young man because he had a gun, although no weapon was found at the scene. They also claimed that Clark was the man they were looking for who was breaking car windows and after being confronted, police officers on the scene insist that he attempted to break into a nearby backyard.

More specifically, Clark allegedly tried to break through a rear sliding glass door in an occupied home on the 7500 block of 29th Street. The unidentified “toolbar/crowbar” they claim he used to break car windows has also not been identified nor found at the scene.

The department still upholds their story that Clark was aggressively moving towards the two police officers when they fired on him. On Tuesday, the department revealed that the South Sacramento police shot at him 20 times, causing his death.

However, police now acknowledge that the item they once thought was a gun was in fact a cellphone. It was found near Clark’s body and taken as evidence.

Department spokesman, Sgt. Vance Chandler, clarified that each of the two officers involved in the shooting fired 10 shots for a total of 20 shots fired. At the moment, it is unknown how many times Clark was actually hit.

Clark’s family and community are awaiting for the body cam video to be released, although the department has not commented on when that will happen as of yet.

A history of violence

Sacbee reports that the Sacramento police department has killed at least 16 people in confrontation with authorities since 2016. Some were reportedly armed with guns, while others are said to have had knives and three were unarmed.

In the case of Stephon Clark, the incident began at 9:18 p.m. Sunday night, when officers received a call about a 6’1” Black man, dressed in a black hoody with dark pants, hiding around a residential area after allegedly breaking car windows.

The County Sheriff deputies then encircled the area via a helicopter less than 10 minutes later, at 9:25 pm. That’s the time officers claim to have spotted a man shatter another window with a crowbar and run to the front of a house.

That’s when deputies claim they told their officers to hit the ground to find the man. Officers maintain that the man they found was the same man they spotted via helicopter. They claim to have ordered him to show his hands, but instead, the man began to run to the back of a nearby house. They say that once confronted in the backyard, this man they identified as Clark then came rushing towards them with an object in his hands.

Officers claim they were “fearing for their safety” and so fired multiple shots at the victim, hitting him multiple times and killing him at 9:26 p.m, meaning these events took place in the span of a minute.

Clark was pronounced dead the scene. His family, including his grandmother, was present at the time.

“The only thing that I heard was pow, pow, pow, pow, and I got to the ground,” said Sequita Thompson, Clark’s grandmother, detailing the four shots she says she heard loud and clear.

Thompson asserts that neither she nor her husband, who was also present at the time but bound to a wheelchair, heard any voices or commands prior to the shots.

The shots rattled their family, including her 7-year-old granddaughter, Clark’s sister, who was sleeping nearby.

Thompson called 9-1-1 after the scare and was on the phone with them when she opened her back curtain and saw her 22-year-old grandson in her backyard.

“I opened that curtain and he was dead,” said Thompson. “I started screaming.”

The officers involved in the shooting are currently on administrative leave as the investigation continues.

Body camera footage is expected to release within 30 days.

A GoFundMe page has been established to pay for Clark’s funeral expenses.