Stop lying to Black boys: Bootstrapping is a myth

Always do your best, but just know the system is rigged. 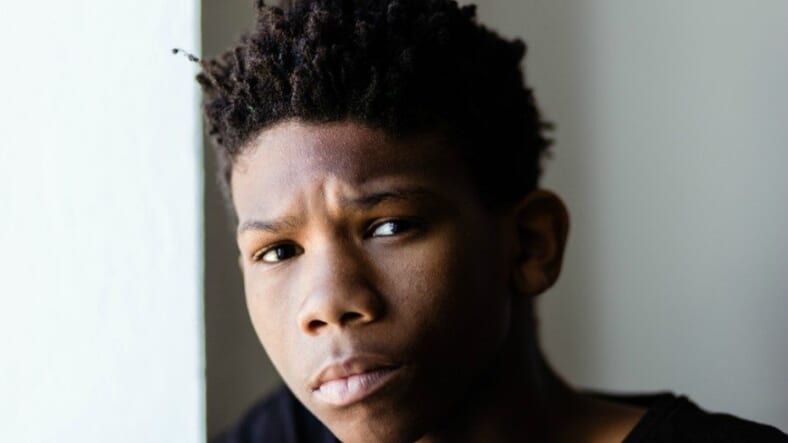 “We the People of the United States, in Order to form a more perfect Union, establish Justice, insure domestic Tranquility, provide for the common defense, promote the general Welfare, and secure the Blessings of Liberty to ourselves and our Posterity, do ordain and establish this Constitution for the United States of America.”
-U.S. Constitution Preamble

The introductory statement of the US Constitution’s founding principles seems inspiring at first glance, but it doesn’t seem to apply to Black men and boys living in America. We’ve been invited to the party, but we haven’t been asked to dance.

In the last few years, the subject of diversity, equity, and inclusion have been discussed in countless focus groups around the country, giving the appearance that our nation was addressing these important issues in a substantive way. It began to feel like the American economic system, that whites have had a stranglehold on since the beginning of this country’s founding, was starting to change for the better.

But any hope that comprehensive strategies are in place to help Black men and boys break through the economic glass ceiling have evaporated with the release of deflating, but unsurprising results of a new study about the economic impacts of race for Black boys.

The findings of the new study (led by Stanford, Harvard, and the U.S. Census Bureau) tell us what we already knew. A recent New York Times article sums up the findings thusly: “Black boys raised in America, even in the wealthiest families and living in some of the most well-to-do neighborhoods, still earn less in adulthood than white boys with similar backgrounds.”

The article goes on to make the point that white boys who grow up rich probably will stay that way. On the other hand, Black boys with similar backgrounds are “more likely to become poor than to stay in their own adult households.”

The study notes that “income inequality between blacks and whites is driven entirely by what is happening among these boys and the men they become.”

All of this comes as we embark upon the 50th year since the assassination of Rev. Dr. Martin Luther King Jr., I’m reminded of his efforts to combat poverty and economic injustice in America that disproportionately affected Black people. Prior to his death, he had made this issue a priority and an important part of his platform.

Dr. King realized that closing the wealth gap was critical for the long-term survival of African Americans in this country. “Now our struggle is for genuine equality, which means economic equality,” King stated on March 18, 1968 at a AFSCME sanitations workers rally in Memphis just weeks before he was murdered.

King died fighting for an equality that is still not within our grasp even after five decades worth of activism in the interim.

Bootstrapping is a Lie

So, for the people who state unequivocally that it doesn’t matter where you grow up or who you are and that you can become anything you want in the United States of America, that motivational speech has become just that—a motivational speech that is just as hollow and empty as a Kardashian tweet. There’s no substance there, but the message is still damaging.

What’s clear to me today is that for centuries, obtaining wealth has been problematic for the Black men living in this western world and not much has changed. The poverty trap in America is real. It’s not a figment of our imagination nor has it ever been, nor is it an issue where we are not capable of working hard or less intelligent than our white counterparts.

The “lift yourselves up by the bootstraps” theory no longer has wings and will never fly again. The system has been rigged in their favor from the beginning and the data proves that.

Beyond the data, I know this from real life. I was raised in an impoverished household in Baltimore. My father’s $500 after-taxes paycheck from his job at the city jail was supposed to be enough to feed me as well as my three siblings for two weeks until his next payday. I still remember having pancakes and grits for dinner because sometimes that’s all we had to eat.

To put it mildly, I was not set up for success. At the time, I didn’t know what the word “poverty” meant. All I knew was that being poor wasn’t a good feeling at all. I ended up making a series of poor decisions to chase money and that behavior landed me in prison for 12 years for drug trafficking. Today, I’ve turned my life around and I’m dedicated to uplifting Black boys and making sure they don’t make the mistakes I did. But I’m also honest with them.

Sometimes, no matter how hard a Black man tries or how well prepared he is or how much money his parents did or did not have, the system works as it was intended to do and those bootstraps get cut off with shears. It doesn’t mean there’s a need to be pessimistic, just realistic and constantly working towards creating a better world.

Prosperity and liberty have been etched into the hearts of the beneficiaries of this land, but for African American boys they remain empty words and promises, the preamble to the American constitution still looks like an inaccessible dream for our Black boys and the Black men they become.

Maybe relocating to Wakanda is the only option or maybe white America should just remove the blinders long enough to see how not level the playing field is. Perhaps then they’ll create effective policies that could make a lasting and sustainable difference.

But we don’t have time to wait for that day. In the meantime, we press on for true freedom.

KEVIN SHIRD is a youth advocate and public speaker. Shird served twelve years in prison for drug trafficking, and today works with young people to help them avoid the dangers of street culture. Shird worked for the White House as part of President Barack Obama’s Clemency Project. He has held a number of positions appointed by the mayor of Baltimore, including as an action consultant following the death of Freddie Gray. His new book, The Colored Waiting Room will be released on March 26, 2018.