Find out how much money the family is expected to win. 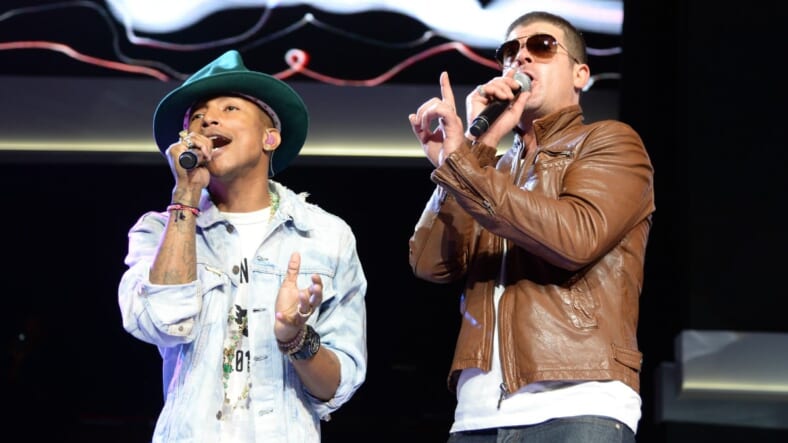 On Wednesday, a panel on the 9th Circuit Court of Appeals confirmed that they will continue to uphold the original decision in the 2015 verdict against Robin Thicke and Pharrell Williams.

The $5.3 million judgment came after much debate and controversy. The verdict affirmed that the duo’s international hit, “Blurred Lines,” was an infringement upon Marvin Gaye’s original hit, “Got to Give It Up.” The judgment was appealed and the majority decision confirms that the case will not be granted a new trial.

Circuit Judge Milan D. Smith—who voted among the majority—stated that he disagreed with the argument presented by Thick’s legal team, which asserted that Gaye’s copyright is only entitled to “thin” protection and that “musical compositions are not confined to a narrow range of expression.”

READ MORE: Video released of fatal police shooting of Stephon Clark “All he loved was his children”

It was determined that no abuses of power were present during the original jury trial, and therefore all of the decisions made in regards to what was and was not accepted to present to the jury was upheld.

“We conclude that the district court did not abuse its discretion in denying the Thicke Parties’ motion for a new trial,” wrote Smith.

Also in question was the amount of damages awarded to the Gaye estate, which equaled to $3.2 million out of the total $5.3 million judgment. Thicke and Williams contested the 50 percent distribution of publishing revenue, stating that the expert presented on the situation was only speculative. The majority disagreed, and therefore, the order stands.

Thicke was ordered to pay profits of $1.8 million and Williams to the tune of $357,000. The court threw out their claims of the earnings being “erroneous” and the Gaye family will also be compensated 50 percent of all running royalty moving forward.

The one party in the case who stays winning is T.I. who the court found was not liable for the damages on the song.

“[A]s to Harris specifically,” said Judge Smith, “the district court erred for the additional reason that no evidence showed Harris was vicariously liable.”