Is Tiffany Haddish breaking the “sista code” by talking about wild night?

Could it be that the "Girls Trip" star is saying a little more than she should? 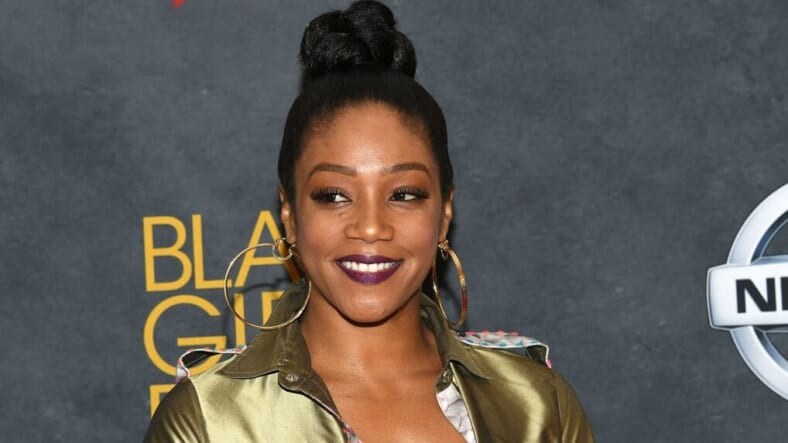 Isn’t there an unsaid secret sister society code that Tiffany Haddish is violating?

Haddish is new to the celebrity scene, even though she’s been grinding to get her name out there for the last 20 years or so. Now she’s made a name for herself after Girls Trip dominated the box office and she’s been thrust into the sacred halls of celebrity sisterhood with new besties like Jada Pinkett Smith, Queen Latifah, Regina Hall and yes, Beyonce’.

But lately she’s been blabbing about Bey’s business more than your drunk friend on Fat Tuesday.

Haddish recently told GQ a crazy story about how Bey was really big mad because an actress pushed up on her boo and bit her face. Say what?

Haddish had been holding this wild tale in since December and earlier this year told just a piece of the story saying that Beyonce had saved her from beating up the chick who allegedly touched Jay-Z’s chest.

This leak breaks the girl code though. This is just as outrageous as Solange’s wind-milling on Jay in an elevator video but at least little sis kept her lips zipped when the tape hit. We still don’t know why she tried to beat up her brother-in-law.

Haddish on the other hand is a girl gone wild with loose lips that just might sink relationSHIPS.

Listen, I love Tiff and if I’m at a party and sh**’s about to pop off, I want Haddish on my team snatching edges and breaking Budweiser bottles over heads. But she’s got to hush it up about what goes down behind closed doors with her homegirls! It’s only right.

There’s a reason why Bey keeps her parties exclusive and reason why we barely can get a glimpse inside of her life -– it’s because her circle is airtight. Not only that but newbies like Haddish are still in awe and when you are star struck and haven’t processed your own success, then you are more likely to dish because everything’s still exciting and new.

Bey has an image and she’s not trying to make the news because a chick touched her man’s chest when she’s trying to sell-out stadiums. In the words of Jay-Z, FOCUS MAN!

What happens behind closed doors with your girlfriends should not end up on the streets. Haddish might just get locked out of celebrity circles if her loyalty continues to get questioned.

Move in silence Tiff and protect the girl code! Give Bey a call, babysit, ask for forgiveness or something before the Beyhive gives you hell and revoke your access to the Carter kingdom.

On another note, call me though. There’s this chick who’s been… nevermind. We’ll talk later!