On March 31, Transgender Day of Visibility, it's time to level up the conversation. 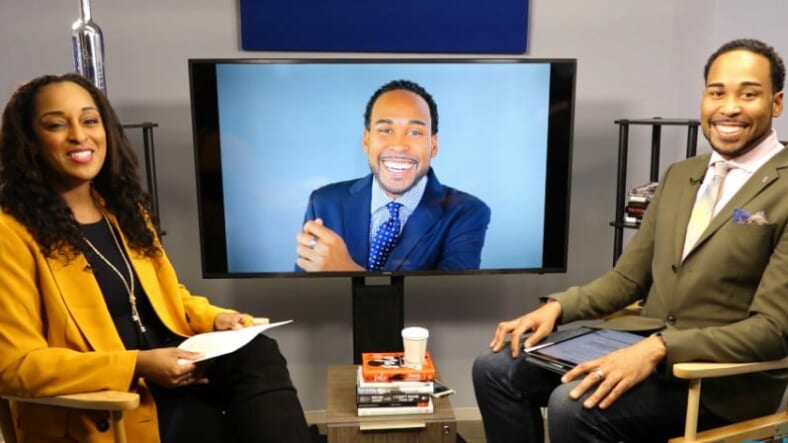 For as long as there have been Black people, there have been Black LGBTQ/same gender loving (SGL) people. Disappointingly, because we face the additional barriers that come with homophobia, transphobia and fear and hatred of things not “traditional” or “heterosexual,” that truth is often hidden or erased altogether. And as it relates to the transgender community, far too often, we find ourselves speaking of injustices—from discrimination to disproportionate health risks, and too often, violence.

But on March 31, Transgender Day of Visibility, we take the time to recognize and celebrate the contributions trans* individuals are making—and will continue to make—to society. It is not just a day to show support to the trans* community, but a day that aims to bring attention to the accomplishments of trans* people around the globe while fighting cis-sexism and transphobia by spreading knowledge to end the existing ignorance about the trans* community.

As the nation’s leading civil rights organization dedicated to the empowerment of Black lesbian, gay, bisexual, transgender, queer and same gender loving (LGBTQ/SGL) people, including people living with HIV/AIDS, the National Black Justice Coalition works daily to claim and create space where we can celebrate the beautiful diversity within the Black community.

For decades, transgender individuals have been on the frontlines of the battle toward equality, especially throughout the Black diaspora. From Marsha P. Johnson, Miss Majors, Valerie Spencer to Elle Hearns, Janet Mock, Andrea Jenkins, Kylar Broadus and Dr. Van Bailey, to future leaders like Sage Grace Dolan Sandrino or Ellie Ford, black trans* individuals continue blazing trails and claiming space that affirms for Black people that they, too, can show up and show out without ever hiding, shrinking or apologizing for who they are or how they show up in the world.

As we work to collectively strengthen the Black community, it’s time we have the difficult, and at times uncomfortable, conversations around how we can create more inclusive spaces for members of our community who are transgender, gender nonconforming or non-binary. Because none of us are free until all of us are free, and I want us to get free together.

Here are five tips that will get us one step closer to creating more inclusive spaces for the Black transgender community:

The members of the NBJC Black Trans Advisory Council are leading efforts to improve communities and strengthen our country.  I invite you to learn more about and connect with the Council members and NBJC to find ways to continue dialogue, engage in direct action and spread knowledge about the trans community by visiting www.NBJC.org.

David J. Johns serves is the executive director of the National Black Justice Coalition, the nation’s leading civil rights organization dedicated to the empowerment of Black lesbian, gay, bisexual, transgender, queer and same gender loving (LGBTQ/SGL) people, including people living with HIV/AIDS. He is known for his passion, public policy acumen and fierce advocacy for youth.