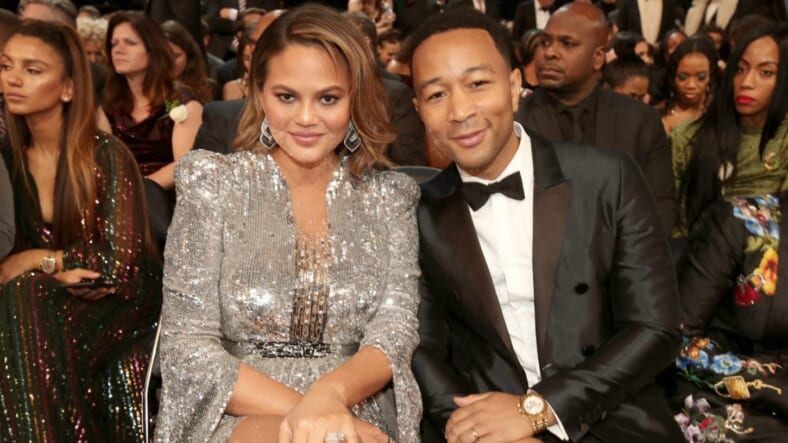 Bill O’Reilly learned not to come for Chrissy Teigen’s man on social media.

According to the Hollywood Reporter, the outspoken supermodel was live-tweeting while watching Sunday night’s debut of NBC’s Jesus Christ Superstar Live! starring her husband John Legend when the disgraced Fox New host decided to take a little jab at John.

Teigen clapped back: “Yes the shop specializes in coverups that aren’t 32 million dollars.”

Teigen took a hard shot at O’Reilly’s $32 million sexual abuse settlement that tanked his Fox News career. A New York Times story broke last October about the scandal that had O’Reilly at the center of scandal after numerous women stepped forward to say he sexually them. O’Reilly was fired last April. April also marks the beginning of National Sexual Assault Awareness Month.

Mocking Teigen or her man is never a good idea.

—Jasmin Savoy Brown on ‘For The People’ role, colorism, and her #MeToo moment—

Teigen might have quit Snapchat but she’s busy on Twitter speaking out about whatever news floats her way.

“Argh. Hit show on ABC. we have reached peak normalization,” she wrote.
Teigen is referring to the reboot of the 90s show Roseanne which debuted to a record 18 million viewers last week. Barr has since admitted to being a devout Trump supporter, and pictures surfaced online showing her dressed as a Nazi baking “burnt Jew” cookies.

Barr has since deleted a number of controversial tweets but not before social media gave her a tongue-lashing. But she still has up an idiotic tweet supporting Trump saying he should be praised for saving kids from pimps.

“President Trump has freed so many children held in bondage to pimps all over this world. Hundreds each month. He has broken up trafficking rings in high places everywhere. notice that. I disagree on some things, but give him benefit of doubt-4 now.”

President Trump has freed so many children held in bondage to pimps all over this world. Hundreds each month. He has broken up trafficking rings in high places everywhere. notice that. I disagree on some things, but give him benefit of doubt-4 now.

Her ex-husband Tom Arnold joined in the criticism too tweeting:

“Hey @ABCNetwork – how do you feel about the of your retread sitcom baking “human” cookies while dressed as Hitler? (Asking for every sane friend in the business.) Or would you prefer we refer these inquiries directly to your advertisers?”

Unfortunately Chrissy Teigen may not get a response given how successful Roseanne’s ratings have been.