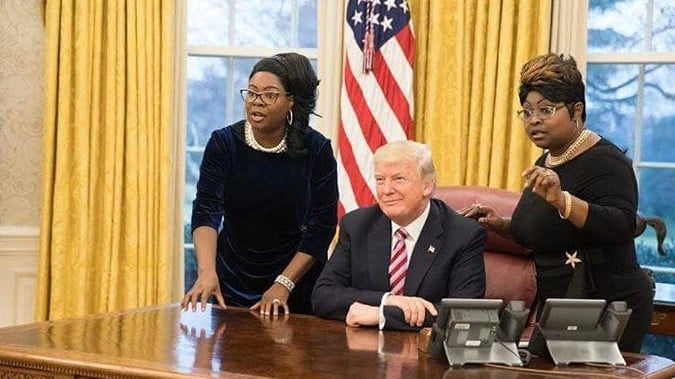 Last night, theGrio got a shout out on Fox News, thanks to Diamond and Silk – two black sisters who stan for Donald Trump. They didn’t like that theGrio characterized their politics as shucking and jiving, even though there’s plenty of evidence that they do.

The entire segment was an example of Fox News, propping up black people to fight each other for ratings. Laura Ingraham – the same host who told Lebron James to shut up and dribble – and who lost advertisers after mocking a Parkland shooting survivor David Hogg not getting into college– was so pressed to get Diamond and Silk to tear down theGrio— she somehow, someway found a way to blame MSNBC host and former Grio managing editor, Joy Reid for our article.

Watch the video to see why we’re not buying it and read the original article that made Diamond and Silk so salty here.