Why Gabrielle Union is being dragged into Tristan Thompson sex scandal 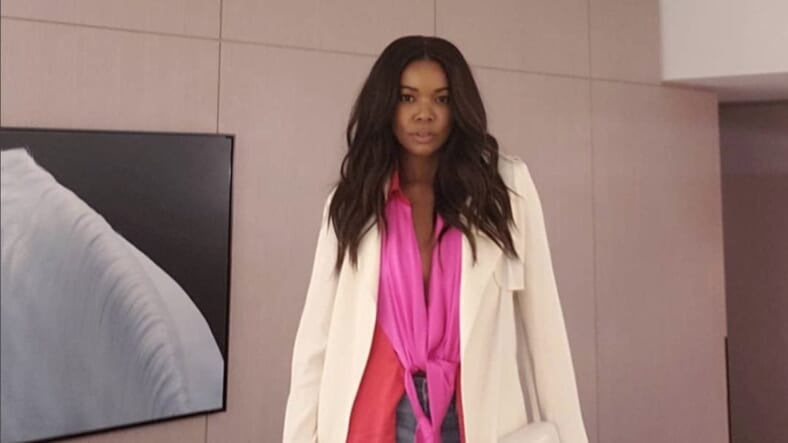 Gabrielle Union wants to make it clear that she had nothing to do with Tristan Thompson‘s cheating scandal, despite being present at the NYC nightclub the night the Cleveland Cavaliers power forward allegedly cheated on Khloe Kardashian.

Folks spotted Gabrielle Union in the background of a photo showing one of Thompson’s alleged mistresses who was later filmed entering his NYC hotel room last weekend. She responded to a social media post by The Shade Room and made it clear she had nothing to do with the scandal.

“Don’t know her. Didn’t see her. I was enjoying my night with my mama and aunt. We ain’t involved in this,” Gabrielle Union posted on Twitter.

#TSRClearTheAir: #GabrielleUnion has officially #SteppedIntoTheShadeRoom to say she doesn’t know anything, she didn’t see anything. Basically, ? “My name’s Bennett, and I ain’t in it!” ??? Okurrrr!

Guess we won’t be getting any tea from the Breaking In star, who has made it crystal clear she ain’t about this messy life.

In the midst of all the drama Khloe Kardashian delivered a healthy baby girl on Thursday, just one day after news of Thompson’s cheating nearly broke the internet. According to reports, her sisters, Kim Kardashian West and Kourtney Kardashian were by her side along with their mother, Kris Jenner, and BFF, Malika Haqq. Thompson was apparently welcomed into the delivery room as well, even though everyone else in the room was probably pissed to say the least.

Reports claim that Kardashian intends to high-tail it back to Los Angeles with her baby girl just as soon as she’s cleared by doctors to fly. Her assistants are already busy packing up her stuff from the house she shares with Thompson in Ohio.

And that’s probably a good idea since the Daily Mail is reporting that more video and pics have surfaced showing Thompson with a woman name Tamia less than a month ago in NYC. Thompson also reportedly hooked up with Tamia back in November.

When does this guy even have time to play basketball?