The reality star delivered her first child one day after learning her man is scum. 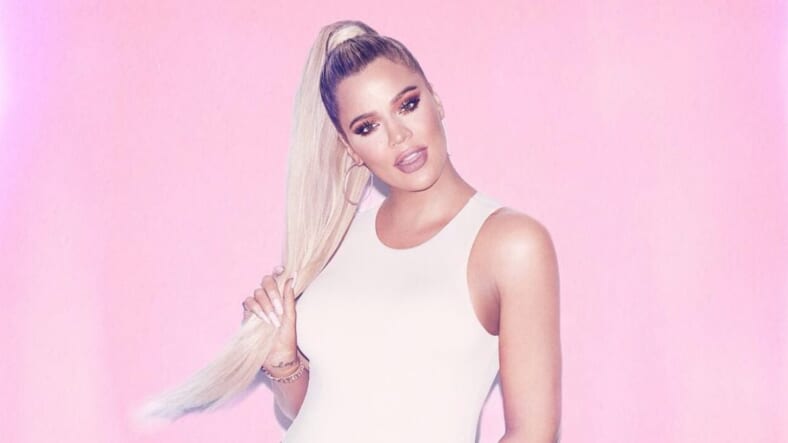 According to reports, the 33-year-old reality star and fashion designer delivered her first child around 4am on Thursday morning, just one day after Tristan Thompson got busted for cheating on her throughout her pregnancy.

Her sisters, Kourtney Kardashian and Kim Kardashian West, her mother, Kris Jenner, and Khloe’s best friend, Malika were all by her side for the birth. Tristan Thompson was also there for the birth of his second child.

He already has a 15-month old son, Prince Oliver, with his ex, Jordan Craig, whom he reportedly left for Khloe when she was six months pregnant. Kardashian and Thompson started dating in September of 2016 and Thompson’s son was born in December.

The Cleveland Cavaliers player was booed by fans at a home game on Wednesday night, likely because of the incredible scandal that erupted when video of him making out with two women at a hookah lounge near Washington D.C. in October surfaced that morning.

Another video showing one of the women from the steamy make-out session entering his NYC hotel room over the weekend added more insult to injury and had the Twittersphere in a frenzy.

Shortly after the cheating scandal hit the web, Kardashian reportedly began having early contractions, so the birth is not a huge surprise even though her due date wasn’t until later this month.

We’re guessing the scene in the delivery room was awkward to say the least, considering the whole family is reportedly livid with the NBA player for playing Khloe throughout her pregnancy.

“Kim is furious over Tristan cheating on Khloe, she can’t believe he would disrespect Khloé like this when she is weeks away from giving birth to his child,” a source close to the Kardashians told Hollywood Life.

Sources say the family had concerns about Thompson’s philandering from the start.

“When Khloé first started dating Tristan, her family questioned if it was a good idea. There were several concerns, including that he is another basketball player and also that his ex was pregnant,” a source told PEOPLE. “It took a while for the family to accept Tristan. They were worried that Khloé would end up heartbroken.”

Let’s hope that Kardashian was able to have a smooth delivery despite the horrendous circumstances. According to TMZ, the baby girl has not yet been given a name.