Bigger than Starbucks: Why white people are so quick to call the police

An afternoon of pc talk will not solve a single problem. 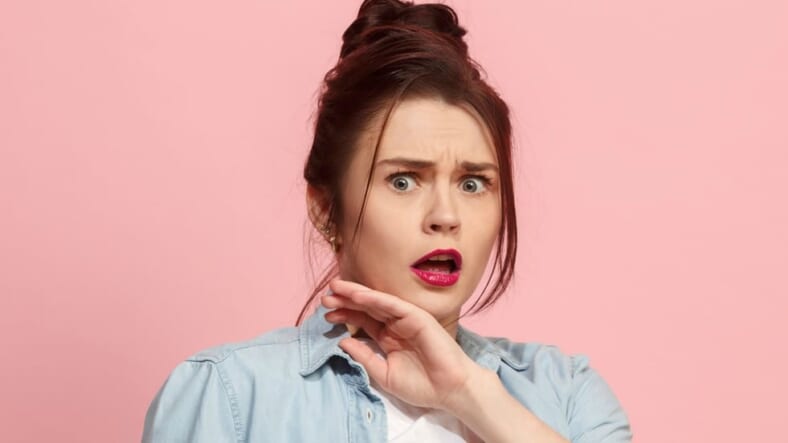 On Tuesday, Starbucks vowed to conduct “racial-bias” education at all their locations geared toward preventing discrimination.

This was a response to the growing support for the #BoycottStarbucks movement spawned by the arrest of two Black male customers police detained for “sitting peacefully while black.”

CEO Kevin Johnson eventually took full responsibility for his Philly store manager’s lapse in judgment and vowed that his employees would be taught how to overcome their “unconscious bias” moving forward.

For many that seemed like a happy ending to the story and presumably the end of the discussion. But then there are those of us who immediately inquired, “Exactly WHO will be running this training though?” The press release tells us who is “guiding” the curriculum (Eric Holder, Sherrilyn Ifill, etc), but who is actually going to be up there telling the baristas and managers what’s what?

The Reality for Black Men and Women

While Starbucks’ heart (and need to protect their dominance in the market) may be in the right place – the truth is, you can’t de-program years of racist sentiments in a one-afternoon company retreat.

And you also can’t overcome unconscious bias till you get real honest about what it stems from.

The fact of the matter is, that manager saw two Black men and her radar went in high alert.

As a community we’re used to this. We often joke about the subconscious way white women clutch their purses a bit tighter when a Black man walks by or how token Black employees are hyper focused on and seen as the representative for their whole race whenever entering mostly white work spaces.

We’ve even made daily concessions for these sorts of things.

Black women know to be weary of raising their voices around white women or they may illicit white tears and be seen as an angry aggressor. Black men know that something as seemingly trite as the fit of their pants or how much bass they have in their voice could mean the difference between being promoted or seen as threat.

Even the most radical Black person you have ever met has one time or another, shrunken and chosen to take up less space in this world because they knew their very lives depended on “not scaring the white people.”

But it seems that instead of calming things down, our attempts to soothe have only empowered white America to move the bar further up the ladder, finding increasingly ridiculous things to get spooked by in the meantime.

For years, the main danger was driving while Black, then it was walking while Black, and now even sitting – literally remaining still on your ass –  while Black has become an offense worthy of jail time and/or a death sentence.

This isn’t a matter of opinion any more. In fact this is one of those things most sane Black Americans would love to be wrong about for once. But the headlines continue to prove us right day after day.

Calling out the real problem

I’m sure there are white people who will read this article and think to themselves that I’m just another bitter Black journalist blaming them for all the problems of my dysfunctional community.

In fact, a white columnist in California recently got fired for being honest and saying that young Black men like Stephon Clark could probably avoid being shot if they just abided by a curfew and stayed inside at night.

She literally suggested a curfew for grown men ya’ll. Let that sink in.

Never mind that Stephon was in his own backyard when he died or that people of color are regularly gunned down in broad daylight.

Who needs pesky things like facts, when you can spout out unsubstantiated opinions instead?

Good old Marcia, in her 75 years on this earth figured out an easy solution to racial tensions, “Stay inside ninja!”

As ridiculous as her suggestion may sound to most reasonable people, her sentiments give a hint to the true issue at hand here.

White people are taught to be scared of Black people and they think of us as suspicious creatures with a penchant for sinister behavior. We are the exotic melanated “other”; the crude, primitive rough draft of mankind before the good Lord saw fit to settle on them as the final copy.

When we are passionate or vocal – it couldn’t possibly be a valid, thought provoking argument. It must be that angry monkey rage of ours they’ve heard about finally rearing its ugly head.

And when they meet a Black person who is so lovely, its hard to superimpose those racists narratives onto, they treat them like their “magical negro”– a rare, well spoken, emotionally stable exception that somehow managed to almost assimilate with the rest of civilized society.

And from that moment forward, its the sole responsibility of that one magical negro to explain Black culture to any well meaning white person who is gracious enough to inquire about life on the dark side.

I can already feel many of you reading this like it’s some sort of horrifying Grimms’ fairytale but I promise you there is tons of data that supports this seemingly exaggerated characterization.

The social and emotional conditioning of white privilege is so real and baked into our our culture I sometimes dream of a day when it’s treated like a mental affliction that otherwise good people need to be freed from.

While many (Black people included) may be weary of how often race is brought up in these discussions, separating white supremacy from any intellectually honest dialogue about American history would be like separating salt from sand; nearly impossible.

Where do we go from here?

Until white people ADMIT they are scared of Black people and start to seriously confront why that is (and where they learned it from) we don’t stand a chance in ending this vicious cycle of white fear leading to Black death.

Even allies have their moments.

A friend of mine recently told me, “Blue you are extremely pro-Black, but you’re reasonable and obviously not anti-white. Do you think that’s why you have so many white friends?”

And I actually had to sit with that for a second.

Do I fit the description of the magical negro?

I am the person many white people ask tense questions that would normally get them cussed out. And the patient tutor who breaks down systemic oppression into bite size pieces so that my white friends can chew on it and make that information their own.

But, to my credit – I’m also the one who will point out privilege whenever it rears its ugly head.

Unlike many magical negroes, I’m not even remotely afraid of making my white friends uncomfortable. I do it whenever necessary. Mainly because I recognize that it’s our collective aversion to disrupting the daily comfort of white America that is costing Black and brown people their lives.

When a white person reaches for their phone, or their purse, or their gun at the mere sight of a person of color – in that instant their brain is thinking, “This is a threat, this is a foreign other, I can’t relate to it and therefore need to protect myself. IMMEDIATELY.”

And unless we start looking at our white friends and saying, “Girl, what are you talking about? That’s just a brother minding his business. Your white privilege got you tripping again,” — then white people will continue to be a slave to their irrational fears.

They say you need to “shame the devil” – well, let’s go on ahead and do that then. Let’s shame the devil of white supremacist rhetoric that’s been spoon-fed to us since infancy.

Let’s stop adapting to this behavior, since a couple hundred years of trying to be respectable clearly hasn’t worked.

Bent but Not Broken

When the Starbucks video first went viral last weekend, in the midst of all the outrage, my friend Juaquin quietly posted what was probably the most poignant commentary I’ve seen thus far about that footage.

“I think the hardest part of that Starbucks video is the look of resignation on the men’s faces,” he wrote.

To which a sister quickly responded, “It’s like, either arrest me or shoot me, but just get it over with already.”

And those two sentences pretty much sum up the weariness that has seeped into so many of our bones.

I get it. We’re all tired. So be tired and take a nap (or three) if you must. But the next morning I need all ya’ll to start speaking up (within reason of course – because safety comes first, obviously). Start pointing out the ridiculous double standards we usually only talk about when the scared white folks leave the room.

Make it clear that we’re not sinister or suspicious melanated creatures. Are we magic? Well -yes of course, without question. But we’re also still people.