Not surprising, but still disappointing. 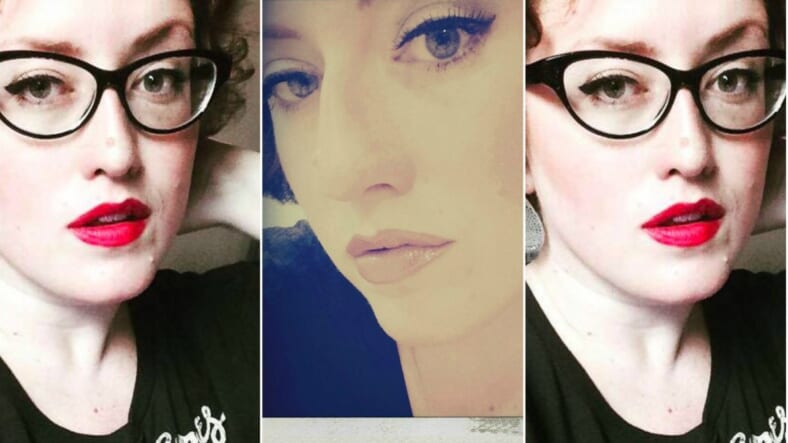 Black feminists have become very vocal in recent years about the oppressive narrow-mindedness of some of their white feminists allies, who consistently ignore the intersectionality of race and gender; demanding that they choose their womanhood over their Blackness.

In a move that underscores some of that racial discord felt in the feminist movement, the former New Wave Feminist vice president, Kristen Walker Hatten, has felt emboldened by Trump’s presidency and is now proudly rebranding herself as not just a feminist but also a member of the alt-right.

Hatten, who has been a contributor to The Dallas Morning News and spoken at universities and events all over the country, once wrote in late 2016 that she found Trump to be a “repugnant chauvinist.”

But after Trump won, Hatten shocked many of her supporters and began sharing white supremacist content on social media.

“She basically pulled a complete 180 from anything we had ever seen,” said former close friend and New Wave Feminists founder Destiny Herndon-De La Rosa.

In an email she sent to the Huffington Post Hatten lets it be known that being a member of the alt-right doesn’t necessarily make her racist.

READ MORE: Lena Waithe gets candid about being a Black artist on Questlove Supreme podcast

“I admit to being racist by today’s standards,” she writes. “But I also think almost everyone is racist by today’s standards. Is it racist to live in a majority white neighborhood? Send your kids to majority white schools? When I was a kid ‘racism’ meant hatred for another race and/or acting on that hatred. Now you’re a racist if you touch a black person’s hair because you think it’s pretty.”

Hatten also says that she isn’t a white supremacist because she believes people of color are fine – as long as they remain confined to their own homelands.

“I do see that Europe and the US are becoming… well, not European,” she continues. “This concerns me not because I hate anyone, but for the same reason Japan would be concerned if the Japanese were becoming a minority in Japan. No people should be excited to become a minority in their homeland. It is contrary to human nature. I wouldn’t expect it of any race and I don’t think it should be expected of whites.”

While Hatten may not see herself as a white supremacist – her staunchly anti-abortion views are in alignment with that ideology considering the first known murder of an abortion provider was committed by a former Klansman.

“She was my best friend for seven years and I never heard anything like this coming out of her mouth,” laments Herndon-De La Rosa.

But within a month of Trump’s election, Hatten’s true colors came out– making it necessary for her to do “damage control” as she calls it.

Herndon-De La Rosa has since kicked her former best friend out of New Wave Feminists and the The Dallas Morning News has also vowed to no longer publish Hatten’s pieces in light of her controversial beliefs.