When the need for coffee trumps common decency 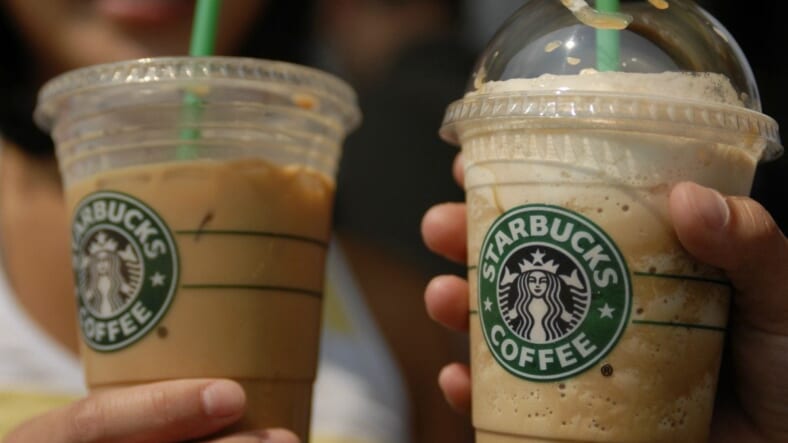 Starbucks’ implicit bias training is supposed to start May 29, but it looks like it has already started on its social media pages.

Customers are big mad and bashing Starbucks online because they won’t be able to get coffee for a part of the day since Starbucks is closing down 8,000 stores to train its employees on how not to be racist, reports the Atlanta Black Star. Starbucks came under fire after a white manager had two black men – Rashon Nelson and Donte Robinson – arrested without cause.

But Starbucks is not backing down from online trolls, mostly white, who are flooding its social media with insensitive comments.

READ MORE: Oh hell no! All the reasons why Rashon Nelson and Donte Robinson should not give that racist Starbucks manager the time of day

“All this is a ploy to get media coverage and get them off their back. Why the HELL [sic] should Starbucks shut down for an entire day over the stupidity and ignorance of a couple people in one of their stores?”

Apparently, some believe their fulfilling need for a cup of coffee is more important than implicit bias training.

“Because systemic racism and bias is bigger than one partner, one store or one company. We are shutting our stories for this training because we recognize that we have the responsibility to be part of the solution.”

A Facebook user, Camel Mock Eye Toe, says he’s a Starbucks employee. He laid out just how privileged it is for white people to complain about not being able to get coffee when there’s a bigger issue at hand.

“So I work at Starbucks and I have already had three white women ask about the May 29 closing for racial bias training, saying how inconvenient it is. You know what is even more inconvenient to black people, Karen? Racial bias that gets them shot and killed for just existing.,” the person wrote.

Starbucks responded to white trolls on their Facebook page and tried to explain the gravity and impact of having two black men locked up for nothing.

“We want everyone to feel as comfortable and welcome in our stores … which is why we are committed to this training,” Starbucks responded to white trolls on their Facebook page.

Starbucks may close 8,000 stores for implicit bias training but the clueless customers aren’t the only ones who need sensitivity training.

“… I think there’s a unique opportunity for her and the two gentlemen to sit down and potentially have some kind of reconciliation. I think it is going to be possible. I think she’s interested in doing it.”

The ignorance is real.