Find out what she was thinking when she called the police. 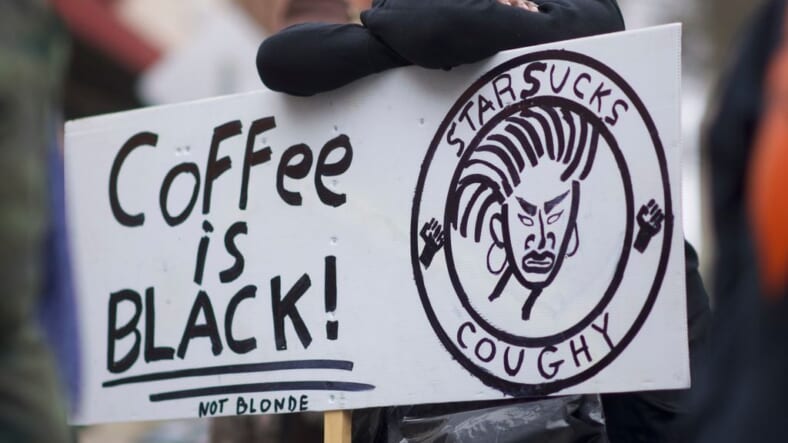 Starbucks has been dragged through the mud on social media the last few days since footage of two Black men being arrested for “sitting while Black” galvanized the public.

As the #BoycottStarbucks hashtag started to trend and local Philadelphia activists began to organize at the 1801 Spruce Street location where the incident took place, news broke on Philly.com, that the manager in question had left the company in what a company spokeswoman called a “mutual” decision.

Well now it seems we can get a glimpse of this story from the side of the manager in question and finally find out what she was thinking in the moments leading up to that now infamous call to the police.

In an article shared by Apple.news journalist Christopher Norris shares what he learned when he showed up to the coffee shop on Saturday to confront the manager directly.

“Holly – who wouldn’t give me her last name nor share a business card for fear that it would spark online stalking, either by me or whomever I passed her information along to – has managed the 18th & Spruce Street location for a year. And, during that time, she has encountered many individuals who loiter in the café with no intentions of purchasing; at least one of those persons, she claims, chased her around the store after she asked them to leave.

According to Holly – who grew visibly flustered during my unrelenting questioning – a corporate policy germane exclusively to Center City Philadelphia locations prohibits excessive loitering. And if that policy is violated, then management has the discretion to ensure it’s enforced, even if it means calling the police.

Holly told me that she doesn’t inform the customers that she’ll be calling the police.

Holly refused to answer whether it was normal for Baristas or management to call police when the loitering policy is violated by customers.”

So basically, there you have it, folks.

After having days to come up with a good excuse (and potentially rethink several of her life choices), all this woman provided as an explaination was essentially, “I’m just following protocol.”

Norris points out that during his visit he also ran into a Black college student named Lya who had been peacefully sitting in the venue on Saturday to execute her own one-person sit-in.

In the two hours she sat there, Lya says she was approached three times by staff and asked if she was going to order anything. Conversely, she noted that several other (presumably non-Black) patrons, who only received a complimentary cup of water, were left alone for doing the exact same things.

When asked to comment on this ongoing disparity in treatment, Holly was unable to give the writer a coherent response and then slinked away from answering any further questions.