Friends. How many of us have them? 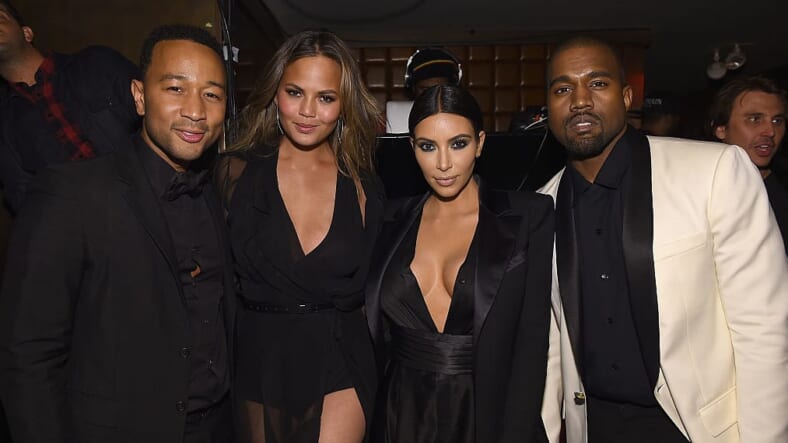 John Legend talked to Angela Yee about his stance on Kanye‘s Trump endorsement, especially in light of Ye posting the text messages from John about the MAGA madness.

Legend is all for freedom of expression, but cautions those with a platform about who they publicly endorse.

“It’s fine for him to think whatever he wants to think, but every time he makes an utterance and he publishes it, it has impact. Politicians, when they do things, it has impact,” he said. “When you align yourself with them, it doesn’t mean you’re endorsing every single thing they stand for, but you’re endorsing their agenda. If Trump’s agenda is bring so much pain to so many people, then I don’t think we should be endorsing him.”

He went on to talk about how celebrities have to recognize the bubble of privlige that insulates them from certain political policies. He also managed to jam in the title of one of his hit songs. Impressive.

READ MORE: What to do with Kanye’s sunken place tweets and dope music
READ MORE: 5 Ways Meek Mill can stay out of prison

“Sometimes we have the luxury to be insulated. When politicians do bad things that affect a lot of ordinary people, it might not affect us in the same way,” said Legend. “We don’t feel that pain. We have the luxury of aligning ourselves with whoever we want, but other people feel the consequences of that. It’s not a game.”

A dear friend, Oscar award-winning singer John Legend reached out to Kanye after his barrage of terrible tweets and tried to appeal to him about aligning himself with disastrous Donald Trump. Kanye responded, but also posted the exchange on Twitter.

Legend wrote in a private text:

“Hey it’s JL. I hope you’’ reconsider aligning yourself with Trump. You’re way too powerful and influential to endorse who he is and what he stands for. As you know, what you say really means something to your fans. They are loyal to you and respect your opinion. So many people who love you feel so betrayed.”