#FreeMeekMill Worked: A few words of advice for the newly freed rapper

First thing's first, let's keep you out of the slammer. 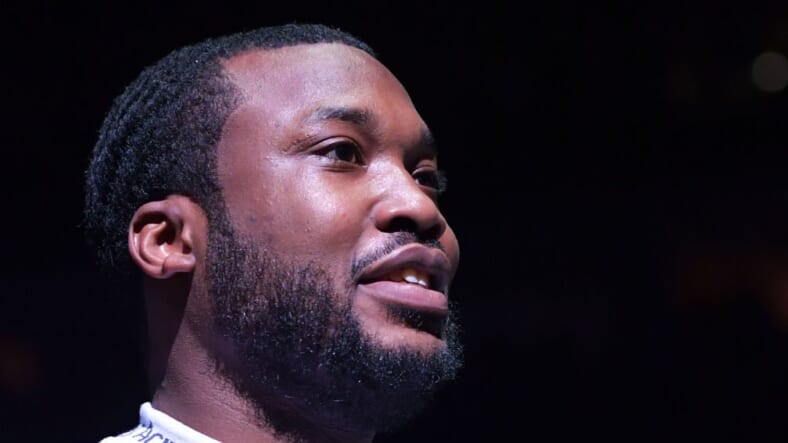 Despite what I wrote about you, I’m sincerely glad you got out of prison on Tuesday after serving five months of a sentence that was supposed to have you locked up until after Donald Trump’s presidency (or, *shudder*, first term). Sure, you didn’t get a number of years that makes a dude scramble for shoelaces to noose up in his cell, but losing your freedom for even a day is enough to humble anyone, and you missed an entire holiday season and the beginning of a new year.

I see you hit the ground running, getting lots of love at the 76ers playoff game. You also took the time to craft a statement on Instagram that I, for one, am taking to heart.

I’d like to thank God, my family, my friends, my attorneys, my team at Roc Nation including Jay Z, Desiree Perez, my good friend Michael Rubin, my fans, The Pennsylvania Supreme Court and all my public advocates for their love, support and encouragement during this difficult time. While the past five months have been a nightmare, the prayers, visits, calls, letters and rallies have helped me stay positive. To the Philadelphia District Attorney’s office, I’m grateful for your commitment to justice – not only for my case, but for others that have been wrongfully jailed due to police misconduct. Although I’m blessed to have the resources to fight this unjust situation, I understand that many people of color across the country don’t have that luxury and I plan to use my platform to shine a light on those issues. In the meantime, I plan to work closely with my legal team to overturn this unwarranted conviction and look forward to reuniting with my family and resuming my music career.

I’m sure you’ve paid attention to the fact that you’ve become probably the highest-profile representative of what’s wrong with the American criminal justice system. People have protested in your name; quite a few prominent individuals have called for the head of your judge, Hon. Genece Brinkley (who is shadier than a Red Maple tree on a sunny day but still refuses to recuse herself from your case).

Given all that rests on your shoulders now, you should really be considering ways to boost the momentum of your rap career and, above all else, make sure you don’t wind back up in Brinkley’s hands. I have a few ideas for you:

Fall back on the rap beefs

I hope you got a chance to read Sun Tzu’s The Art of War during your time inside. It provides fantastic and perennial insight into the proper way to engage in battle. You could’ve used that advice three years ago when you chose to tangle with Drake, who – to make a Philly reference that might resonate – is the hip-hop equivalent of Ivan Drago to your Apollo Creed. That manila folder-colored Canuck dragged your bloodied and tangled body across country borders with the flimsiest bars ever; the whole affair did nothing for you. Rap beef is a potential liability and you aren’t exactly the most lyrical of rappers. Just keep in your lane and get that money coming at nameless, faceless haters like everyone else.

Don’t get caught up with the wrong women

I’m sure it was fun while it lasted, but even your Maybach Music Group boss and homie Rick Ross warned you that Nicki Minaj was not the woman for you. Your success and profile will most certainly garner attention from women with ignoble intentions – if you are looking for a dope queen to help you build your empire, enlist the help of your friends and family (with sense) who know you well enough to help you narrow down your options. The people we love tend to see things that we cannot when it comes to matters of the heart.

Keep your dirty shit hidden through your peoples

Meek, everyone knows that you keep an almost unnecessarily large entourage around you at all times. Given that, there’s absolutely no reason you should ever be in public in the same place at the same time with anything that can violate your parole. Also, you have a rep for running up on cats – stop that shit. You’re not a street dude anymore, and you don’t need to be even tangentially connected to stupidity that will lose you the good will of these folks who rallied for your freedom. Related:

Keep away from street cats

This should go without saying, Meek, but pride is a hell of a catalyst. Considering that you exist in the rare air of…well, let’s be honest, second-tier rap cats (You get mad love but I doubt you’ll be on Saturday Night Live anytime soon), there will always be a plethora of “Lils” and “Yungs” with mixtapes and no qualms about doing jail time trying to make their bones off the name Meek Mill. These dudes are baiting you into something they can catch on film and mess up your whole world. I’m not saying you don’t defend yourself, but that’s why you employ oak tree-sized n—-s to be in front of you when you move.

This is the big one, Meekey-boy. You don’t have one of these yet. Most rappers who do bids don’t come out and make universally beloved records, with the exception of maybe Tupac Shakur and Lil’ Wayne. Channel that five months of pain to make some truly transcendent shit. And whatever you do…don’t be Shyne. No one wants to be Shyne.