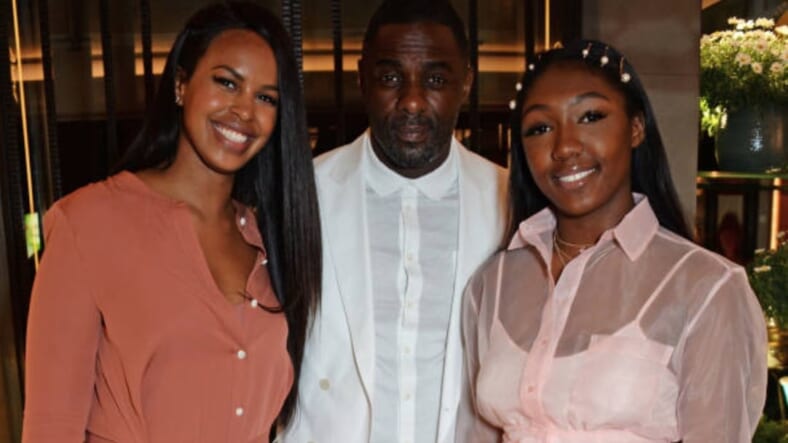 Idris Elba has a lot to smile about and he did just that while hanging out with the two leading ladies in his life over the weekend.

The actor spent time with his fiancee, Sabrina Dowhre, 29, and his daughter, Isan Elba,16, at a swanky event in Paris on Friday night and looked happy as can be in a sweet snapshot shared by YBF.

The next day, the 45-year-old heartthrob was spotted out with his family at the ABB FIA Formula E Qatar Airways Paris E-Prix and the fabulous family sported a more casual look while they were joined by Elba’s four-year-old son, Winston, who took a ride on his daddy’s shoulders.

Idris Elba hopped into the driver’s seat of one of the race cars after taking in the sights with his family.

Aside from spending quality time with his loved ones, Elba is busy with a few upcoming projects. He’s set to star in and executive produce a new comedy series for Netflix, entitled Turn Up Charlie. In it, he will play a struggling DJ who decided to help his best friend raise her problematic child by becoming his “Manny.”

Netflix has already ordered eight, 30-minute episodes of the series that begins production in May.

He’s also gearing up for In The Long Run, a UK-based comedy series based on his own childhood.  The story follows the life of Walter, who works in a local factory alongside friend and neighbor Bagpipes, who is played by British comedian Bill Bailey. The ensemble cast also includes veteran Black UK actors Jimmy Akingbola of the CW’s Arrow, as well as Madeline Appiah.

We can’t wait to see what kind of wedding Idris Elba and Sabrina Dowhre will have but we’re guessing it will be one for the books.