We're happy for the new couple. No, really we are....so happy. 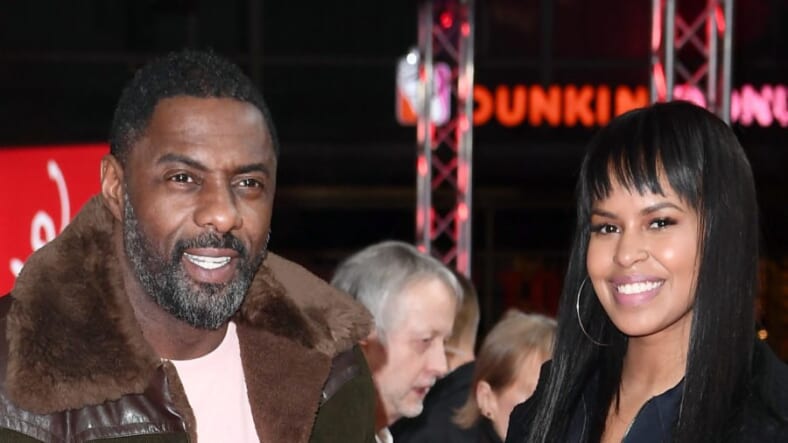 It’s only been a few days since Idris Elba and Sabrina Dhowre got engaged, and it’s clear that they’re still basking in their premarital glow.

On Thursday, the lovebirds were spotted at the Berlin Film Festival, posing for pictures and promoting Elba’s new movie Yardie.

Just a few days ago, they were spotted out and about for a date during New York Fashion Week. Sitting in the front row, the two were just as fun to watch as the models walking the catwalk. The couple kissed, held hands, and generally acted like they were the most adorable pair you’ve ever seen.

Elba proposed a few weeks ago at a screening for Yardie. The screening took place at the Rio Cinema in Dalston, London, and the proposal was confirmed on Twitter by the theater itself.

They posted a picture of Idris Elba with the caption, “Another @riocinema first! Still 5 days to Valentines Day but @idriselba went down on one knee and proposed to his girlfriend live on stage this morning before a preview of his film #Yardie.”

The romantic moment was caught by cell phone footage as Elba got down on one knee to pop the question in front of an audience of strangers and Dhowre accepted by wrapping her  arms around in a big hug.

“She said yes and there was much clapping and cheering,” they post went on to say.

The lucky lovebirds have been dating since last year. Idris Elba, 45 and Sabrina, 29 met in Canada when the actor was making the movie “The Mountain Between Us.”

Elba has been married twice in the past to Hanne ‘Kim’ Norgaard from 1999 until 2003 and to Sonya Nicole Hanklin back in 2006. He has two children, a 15-year-old with his ex-wife Kim and a three-year-old son with ex-girlfriend Naiyana Garth.