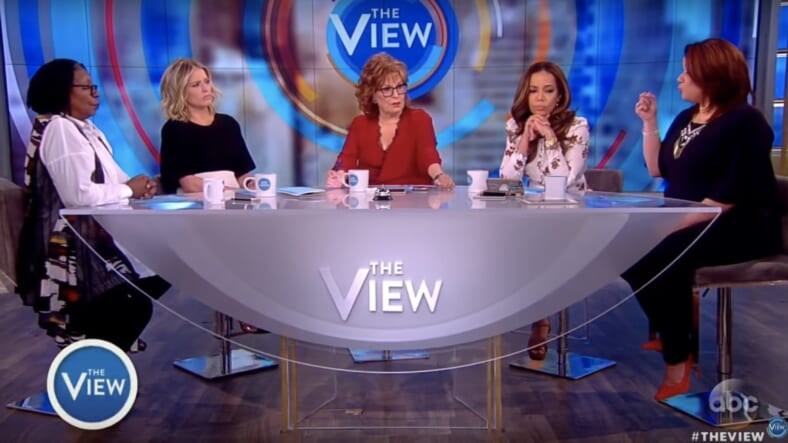 When it comes to the #MeToo movement, Whoopi Goldberg may want to tread lightly about making comparisons.

During a Monday taping of The View, Goldberg chimed in during a discussion about the sexual assault claims leveled against NBC journalist Tom Brokaw and warned her co-hosts not to condemn Brokaw as guilty before a thorough investigation is conducted.

It’s a valid argument, but the Academy Award winner raised eyebrows when she used the Central Park Five case in Brokaw’s defense.

“God knows we don’t want to sit through another group like we found with the Central Park Five, who went to jail for a crime they did not commit,” she said during the segment. “The young lady didn’t accuse them; they were railroaded into a lot of what happened to them.”

“That’s all someone has to say is ‘you’re guilty,’ and that’s what rolls with you forever,” she continued. “So I think we have to say, listen if it takes us everyday to … do the due diligence of [investigating rape claims] — we’ve got to make sure we do that. Because if we just start pointing and going, ‘ahh!” we’re gonna be in deep doo doo.”

The comedienne has a history on the show of reminding viewers that they have an obligation to protect men as much as women and children when it comes to claims of sexual assault.

But many viewers felt that comparing a rich, empowered, white anchor to a group of defenseless Black and Latino teens who were falsely accused of brutally raping a female jogger in New York’s Central Park in 1989 – is a huge reach.

Yeah, Black People Yall wont believe this, BUT you will: @TheView's Whoopi-Buffoon-Goldberg just used the Central Park 5 to try and save white male Sexual Assaulter Tom Brokaw. Not once did she utter the Central Park 5 as a defense for the Black Man Bill Cosby. LOL This is crazy

“Watch every woman on The View (except Sunny Hostin) break they neck to show skepticism over the woman accusing Tom Brokaw,” one viewer commented. “… Days ago powerful white women came out left and right to defend him despite not knowing anything.”

To that viewer’s point, Sunny Hostin was indeed quick to gently point out that we all need to be mindful of not shaming women to remain silent for fear of being dismissed.

Check out the heated discussion below.