Black girls were winning a STEM competition, so why did NASA switch up the rules?

Three Washington D.C. teens were taking the lions share of votes in a tech competition for high schoolers, but were they too brilliant for NASA? 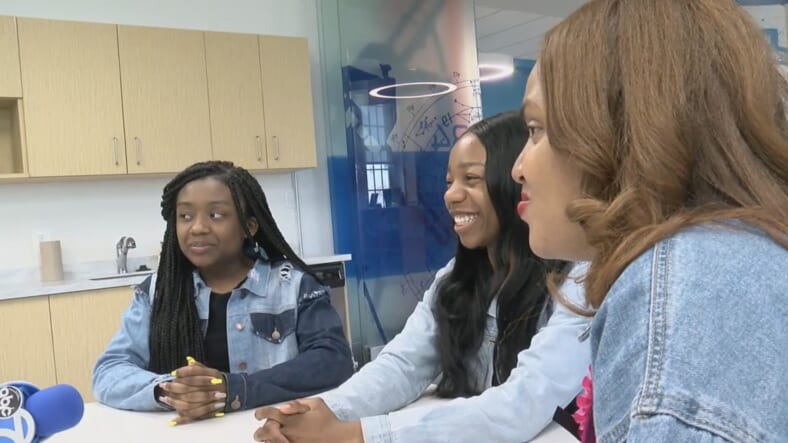 NASA has some serious STEMsplaining to do.

The project was created to address issues with lead pipes in urban areas as part of work at the Inclusive Innovation Incubator.

Given how the need for clean water continues to make headlines with places like Flint, Mich., at the front of all our minds, it’s no surprise that many took to the girls’ idea and mobilized to vote for the team (which goes by the name S3) as the lead project in the competition.

In fact, the response was so great that a day before the public vote was set to end, S3 was in the lead and a whopping 50% ahead of their closest competitors!

To allege that 4chan hackers somehow got inside the NASA website to skew the votes and then shut down the public vote a day early, citing attempts had been “made to corrupt the Public Choice voting for Grades 9-12,” and as a result they “ended this stage of voting early for that category.”

The public voting scores were also taken down and the website has now been updated to say they “have an accurate record of the voting results prior to the attempted disruption” and the “top three Public Choice teams in each category will be notified and recognized on the Challenge website.”

Mind you, none of these students broke a single rule and only personally disrupted the competition by creating a something that blew away their competitors.

As a result of these allegations, NASA GODDARD judges will just choose the first place runners based on a set of rubrics. There is no word on if (and how) this may affect S3‘s chances of winning.

“The ladies of Black Women Who Plan and Create (BWWPC) requested to put together a GoFundMe to present these three young ladies the opportunity to reach and achieve their destinies. Join us as we help these three young girls plan and execute the skills and support they need to reach for the stars and TRULY #bethespark.”

If you would like to learn more about what they presented to NASA, check out the links below.