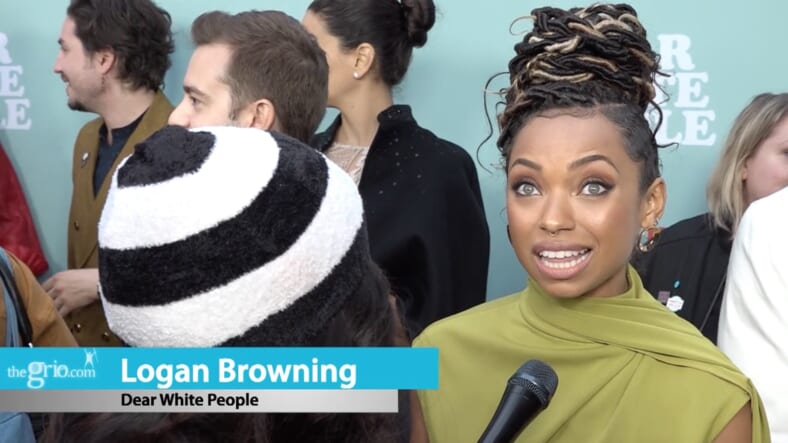 The cast of Dear White People came out to celebrate the season 2 premiere of their Netflix series at the Arclight in Hollywood on Wednesday night and TheGrio caught up with a few of our favorites to get their take on Kanye West and his descent into the sunken place.

Everyone from Logan Browning to Nia Jervier had something to say to the superstar who has been digging himself into a deeper dark hole with each passing day during a segment we’d like to call, “Dear Kanye…”

While plenty of the actors and actresses on the red carpet took a supportive approach to Yeezy’s troubling antics, a few seemed to be at a loss for words in response to his shocking statements about slavery being a choice and his love of Donald Trump.

The show’s star, Logan Browning, admitted she is sympathetic to Kanye’s alleged mental breakdown and seemed to be more worried than angry at the man who has fallen from grace at faster than anyone could attempt to catch him.

“The true thing is I have compassion for Kanye in my heart because I see that he is injured,” she said. “I see that he is literally suffering and he doesn’t know how to express that. He’s an artist, that’s true but the way he’s going about it is to the detriment of other people.”

The second season of Dear White People will feature Lena Waithe and the characters will tackle many of the tough issues that plague the Trump era head-on and we can’t wait to see where this thought-provoking series takes us.

Check out what the rest of the cast has to say to Kanye, above.

Dear White People is back on Netflix for Season 2, now.