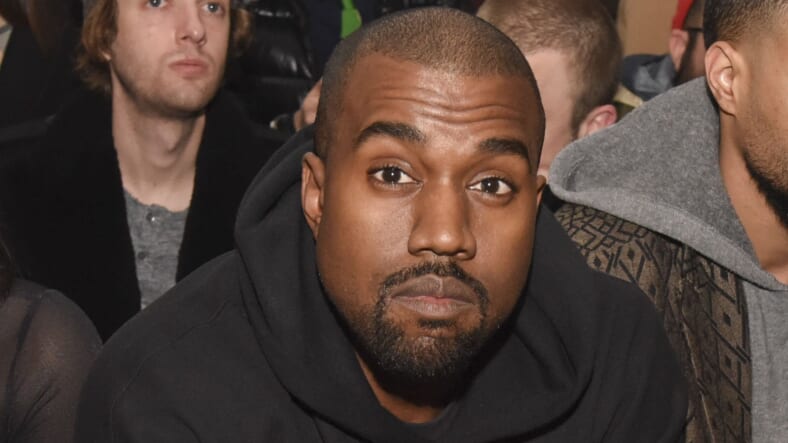 Kanye West has left the building!

According to TMZ, sources have confirmed that Kanye flew out of Los Angeles on Wednesday and headed straight for the secluded home he’s rented in Wyoming which is located on a mountaintop.

Before he returned to Twitter and started a media firestorm earlier this week, the producer turned rapper spent a lot of time there over the last few months, even flying in various rappers and producers to help in his music creation process.

The same sources are also saying that West isn’t the least bit upset about all the backlash he’s received since his TMZ Live interview. In fact, he’s allegedly happy about all the attention he is receiving and has told people the show was “fire” because it got people thinking, which was his intention all along.

Now that he’s back in the mountains, he will be putting the final touches on five (yes FIVE) upcoming albums. Even though he is producing all the tracks for these projects, it won’t just be all about Kanye on the mic.

The first album scheduled to be released is Pusha T’s which will debut on May 25th, followed by Kanye’s solo album called, Kids See Ghost. Next up will be an album with Nas and Teyana Taylor. Each album has seven tracks.

Several artists have come out and spoken against West’s antics, but rapper T.I had a more compassionate take on what’s going on.

“I mean, I’m at a loss of words, man,” he admitted to TMZ. “It didn’t hurt nobody but him, and that’s the conundrum. Why would someone who has so much put himself in such harms way, such a direct line of fire, I don’t know?”

But no matter how much he disagrees with what’s been going on, he knows Kanye’s “intentions were not malicious.”

“He tends to believe that it’s going to force everyone to engage and discuss things that we would not have discussed before he made this statement,” Tip explained. “And he said, ‘If people have to hate me in order to do that, so be it.”‘