Kardashian Kurse: 10 examples that prove Black people should stay away from the Kardashians

Wait. Is Kris Jenner masterminding all this? 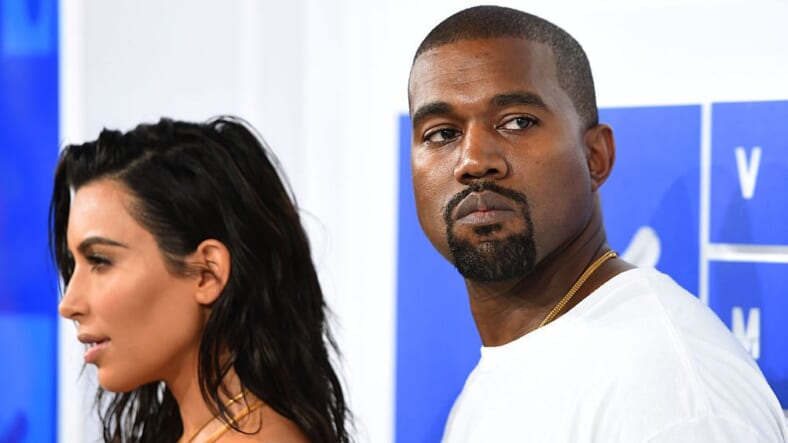 I’ve spent the last few days reeling from watching Kanye West commit Japanese ritual suicide with his career in what might be the saddest thing to happen in hip-hop since Bow-Wow retired.

A lot of Kanye apologists (who’ve been catching the block button on social media from educated people who know better) have employed the same ridiculous, revisionist history that he did to make their loud, wrong and stupid-ass points about the extremely well-documented topic of American slavery.

I wonder if this 180-degree turn from the “Old Kanye” has anything to do with his relationship to his (formerly) MAGA-spewing stepmother-in-law Caitlyn Jenner. I also wonder what good has come to the seemingly interminable cavalcade of black men who associate with the Kardashian Klan in general.

It still blows my mind that all these rich, successful and attractive dudes, who can command any woman they want, look at that mess of ass implants, lip fillers and required appearances on Keeping Up With the Kardashians – which has been kicking for 11 years on the strength of whole scenes involving taking selfies – and say, “Yo, I want a piece of that!” Are white women really a helluva drug like that?

Sure, I respect the hustle of matriarch Kris Jenner, who basically crafted a multi-million-dollar dynasty through a family with no marketable skills. But there’s a part of me that wonders if she is literally using Negroes as part of the brand.

These people gravitate toward Black genitalia like it contains the antidote. We’re talking about a white mother and the fact that five of her six white-ass children are romantically involved with Black people. I’m not saying it can’t happen, but…

Kim and Kanye have created some really cute swirl babies. Other than that, I haven’t seen a mess of positivity coming to the Black folks in the Kardashian orbit. Not only have their careers not been bolstered by association, but I’ll bet it’s served as a detriment.

Kim is on her third marriage to a Black man; the first was to an allegedly abusive dude named Damon Thomas; the second was to NBA center Kris Humphries, following an absurdly expensive and highly publicized marriage that lasted fewer days than it took you to qualify for full benefits at your current job. Because Black Twitter doesn’t forget shit, a really old tweet from Kim to Humphries involving the “s-word” is getting some new burn this week for obvious reasons.

I’m a slave for you… @KrisHumphries

It’s been a while since the NFL running back finished his three-year sentence with Kim; they reportedly broke up because he couldn’t handle her fame (smart move, Hoss). But it seems like dude is working to keep a little Kim in his life forever: Bush’s current wife, Lilit Avagyan, is basically a Dollar Castle Kim, and their daughter looks a hell of a lot like Kim and Kanye’s daughter, North.

I bet you thought this was Kim, North, & Saint…

Bruh, Tyga is the hip-hop equivalent of those silica gel packets you find in the pocket of a new jacket. The only reason Tyga has escaped R. Kelly levels of scrutiny for chasing after Kylie Jenner when she was barely old enough to have a learner’s permit is because no one you know actually loves his music.

Gamble was apparently Kris Jenner’s jumpoff following her breakup from the erstwhile Bruce Jenner. Dude is rich, connected and decent looking, and he still chose to publicly date a woman with a daughter older than him. I think it’s appropriate at this point to insure Kris’ vagina with Lloyd’s of London.

From a distance and in low light, you couldn’t tell Kylie’s new baby daddy apart from A$AP Rocky, whom Kylie’s older sister Kendall reportedly messed around with for a spell. If I had to put some money on celebrity unions that’ll outlast Donald Trump’s first presidential term, this wouldn’t be one of them.

ATLANTA, GA – FEBRUARY 11: Blake Griffin #23 of the Detroit Pistons reacts to being charged with a foul during the game against the Atlanta Hawks at Philips Arena on February 11, 2018 in Atlanta, Georgia. (Photo by Kevin C. Cox/Getty Images)

Following in her big sister Kim’s path of going after Werther’s Original-complected ballplayers, Kendall Jenner locked up Griffin in a relationship that may be on- or off-again before you finish this sentence. Those yellow ballers are not safe from the Kardashian Klan – someone check up on Klay Thompson STAT.

In a family rife with drama that would make Maury Povich need to change his draws, Rob Kardashian and his baby mama take the cake. Their shit is so ridiculous, unhealthy and embarrassing, their daughter Dream will want to change her legal name the second she turns 18 and not just because her name is “Dream.”

NEW YORK, NY – MARCH 25: Tristan Thompson #13 of the Cleveland Cavaliers reacts in the first quarter against the Brooklyn Nets during their game at Barclays Center on March 25, 2018 in the Brooklyn borough of New York City. (Photo by Abbie Parr/Getty Images)

NBA power forward Thompson is on everyone’s shit list for being a garden variety NBA whore while his girlfriend Khloe Kardashian was pregnant with his child. Thompson is probably the only one glad that Kanye was talking that slavery-is-a-choice jazz since it took the scarlet letter of the current ain’t-shit-Kardashian-dude off his back.

Like Thompson, Odom definitely cheated on his wife Khloe repeatedly and publicly. But things with Odom got dark when he almost died of kidney failure brought about by drug use. Odom’s shit was pretty messy before any Kardashians came along, but that messiness was definitely made more public by association.

A model walks the runway for Galtiscopio – Runway – September 2017 during New York Fashion Week at The Gallery at The Dream Downtown Hotel on September 8, 2017 in New York City.

People credit Kris Jenner for creating the Kardashian empire, but that credit belongs to lil’ Willie Norwood, who planted the seeds (no pun intended) that made the most famous Kardashian famous. Despite his C-level R&B career (though “Wait a Minute” was my jam), Ray J. will always be known as the possessor of the black peen that launched a whole damn dynasty. Kris should really be kicking out a percentage in perpetuity for him.