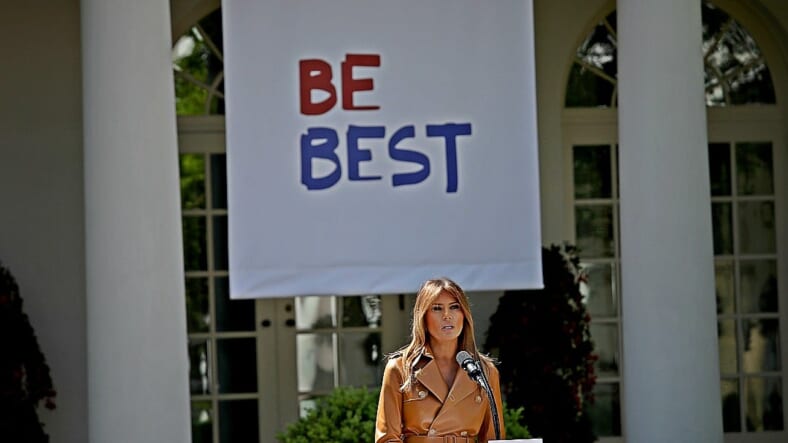 Melania Trump really needs to quit while she’s ahead.

Monday, the First Lady debuted of her new initiative, “Be Best.” Soon after, the White House credited Mrs. Trump and the Federal Trade Commission (FTC) as the co-authors of a new booklet called “Talking with Kids about Being Online” that accompanied the announcement.

The booklet is part of her initiative, which focuses on well-being, opioid abuse, and positivity on social media. There’s only one problem—it’s almost an identical “copy and paste” of the same booklet the FTC published back in 2014.

To save you the trouble of comparing and contrasting, below are the five things you need to know about Melania’s raggady kid’s program rollout.

1. Grammar isn’t a priority at the White House anymore

While we understand that English isn’t Melania’s first language, one cannot help but to notice that something is off about her “Be Best” slogan. Was “Be THE Best” already taken? It’s bizarre to think that all those government staffers looked at this title and said nothing to her to state the obvious. 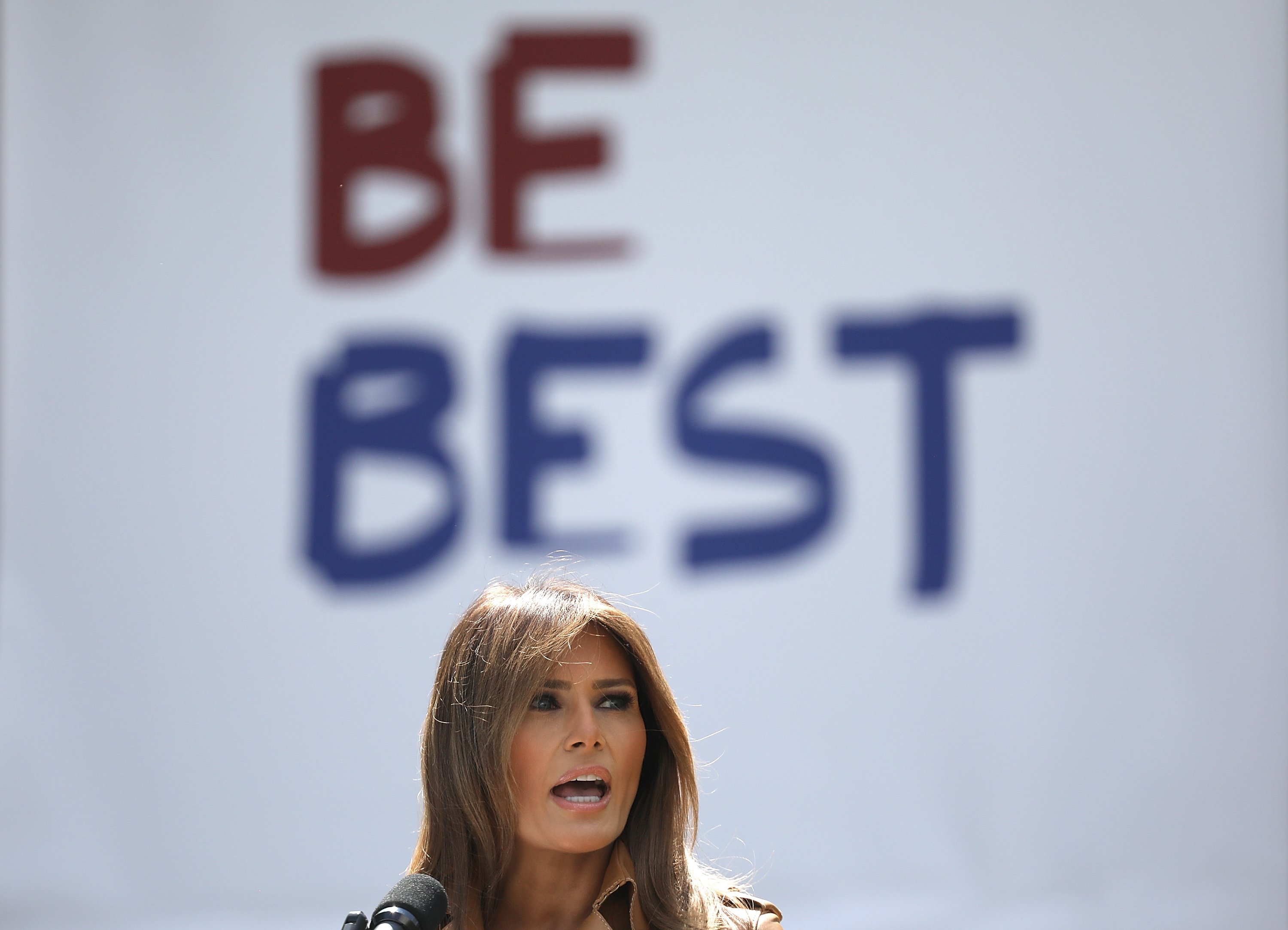 U.S. first lady Melania Trump speaks in the Rose Garden of the White House where she outlined her new initiatives, known as the Be Best program. (Photo by Win McNamee/Getty Images)

This, however, isn’t the first time the Trump administration has done this. They’ve been getting dragged for typos and bad grammar for a good year now and have learned absolutely nothing.

It’s gotten so bad that several notable publications, (that do proofread) have started to just keep a list of these mistakes as a matter of public fascination.

Who needs spellcheck when you can just “be best” though right?

2. Melania still wants to be Michelle

This isn’t the first time that Melania has been caught swagger-jacking material from the Obama administration, and more specifically from the former (and in my opinion that last true) First Lady Michelle Obama.

Remember that rousing speech she made at the 2016 Republican National Convention that sounded so familiar we were all waiting for her to start reminiscing about growing up as a Black girl on the Southside of Chicago?

During that same year in 2016, Michelle Obama sat with Oprah Winfrey during the White House Summit on the United State of Women.

“What can men do leaving here?” Winfrey had asked at the time.

“Be better,” Obama answered to guffaws from Winfrey and the crowd. “Be better at everything.”

And now many are speculating that viral moment is what sparked Melania to probably think to herself, “Hmm, if Michelle says be better, I’ll one-up her and BE BEST!”

If you were ever confused about how shameless white mediocrity could be, now you have proof.

3. The ‘Just Say No’ campaign is making a comeback

“The First Lady has spent more than a year reading to children, learning about babies born addicted to drugs and hosting major online and social media companies to talk about cyberbullying,” The Associated Press reports.

While that all sounds good and well, the scariest part of this is the section of the pamphlet that touches on opiod abuse. In a throwback to the “Just Say No” message from the days of former First Lady Nancy Reagan, Trump has already shared plans to unveil a heavy-handed approach to national drug policy.

He’s even threatened to give non-violent drug offenders the death penalty and just like President Reagan, the current First Lady is now being used as a Trojan horse of sorts to start rolling out that plan.

I’ll give you three guesses which communities are going to be targeted the most if this plan becomes law (hint: all the Black and brown ones).

4. The GOP is determined to pretend this is new

I find it deeply ironic that the same family that launched the birther movement demanding to see Obama’s birth certificate and the same party that fact-checked every single thing the Obama Administration has done is now letting all that laser sharp focus go to waste.

“Be Best” is the first major public project Melania Trump has undertaken since assuming her position over a year ago. It doesn’t take that long to copy and paste fam, it just doesn’t.

Her team can pretend she isn’t a flat out dud of a First Lady, but, truth be told, the GOP is  going to praise her no matter what. In fact, the White House has already issues a statement blasting any comparison between First Lady 44 and First Lady 45.

Listen, Michelle Obama, who could’ve walked on water, cured cancer, and paid off the national debt and they still would’ve dismissed her as a monkey.

The Republicans may be willing to play stupid about what a raggedy fail this pamphlet is, but Twitter isn’t having it and delivering all kinds of receipts. In fact watching them drag the White House for being complicit in this foolishness has been the only bright point in any of this.

The face of the little Black girl in the tweet below, pretty much sums up how the rest of us feel about it.

Joined @FLOTUS at the White House today for the launch of the #BeBest initiative. I couldn't agree more that in our rapidly changing society, "It remains our generation’s moral imperative to take responsibility and help our children manage the many issues they are facing today." pic.twitter.com/PK6zArFN1K

Melania really unveiled #BeBest during #TeacherAppreciationWeek with broken English and a rag tag sign that looks like it was painted by Kindergarteners in the dark whose cookies were confiscated. Bless. pic.twitter.com/IexcAJJmqa

lmao… the White House/Melania Trump Be Best pamphlet about your kids being online is almost the exact same thing that the FTC published in Jan. 2014:

Dear Everyone in the Media,

Why are you covering @MELANIATRUMP's/@FLOTUS' #BeBest campaign as if it's anything but a complete act of theft?

We're trying to have a society here, and iIf would you stop normalizing stealing—that would be a huge boost.

They did not even make an effort at the Be Best thing#bebest pic.twitter.com/biQxpqTJgN