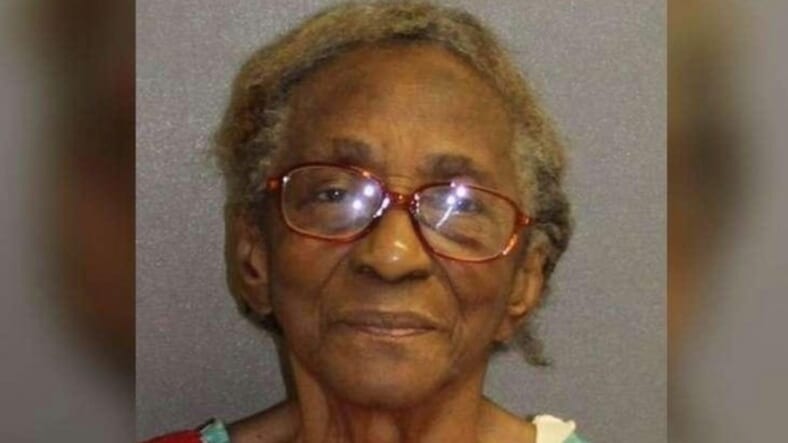 An old-school grandmother who survived the Civil Rights era, Jim Crow laws and the downfall of Bill Cosby was thrown in jail for discipling her granddaughter by slapping her in the face with a slipper.

Hattie Reynolds is the 95-year-old Florida grandmom who was arrested after she tried to get her 46-year-old granddaughter Janeen Williams out of bed. Reynolds, who clearly was raised in an era where grown adults just don’t lie around without reason, told police that she was: “tired of her staying in bed all day soaking up the air conditioning.”

The slipper-wielding grandmom took matters into her own hands and reportedly hauled off and slapped Williams in the face with the slipper.

Reynolds then, according to WDSU, thought she would enlist help to get Williams out of the house by calling police, but instead she ended up in trouble with the law.

Apparently, there are “strict domestic violence laws” that prohibits hitting of any kind—and obviously without consideration of a 95-year-old woman who was just trying to help her grandchild become a contributing member of society.

Florida statute says that police do have the authority to determine if the situation qualifies as domestic violence one probable cause is established.

And instead of allowing her to stay, police took Hattie away.

“If your wife reported that you threatened to hit her, you would be arrested because that is a domestic violence assault,” police Chief Craig Capri told the News-Journal. “I just feel bad for her but the officers did their job as required by the law.”

No, we say the officers need to catch Hattie’s hands or slipper upside their head.

The 95-year-old discipline hero was booked in the county jail and released the next day.

This 95-year old woman was arrested for slapping her 46-year old granddaughter in the face with a slipper.

1) The look on Miss Hattie’s face suggests she would absolutely do it again.

2) I bet her granddaughter won’t stay in bed all day soaking up the air conditioning no more! pic.twitter.com/DuWUvR0Hc0

looking like “she thought i was playing? wait til i’m released ?”

I bet the little brat won’t show out in public again.