After police detainment over Airbnb checkout, Donisha Prendergast, speaks out “What happened to us is an indignity”

These women deserve justice and they're not backing down until they get it. 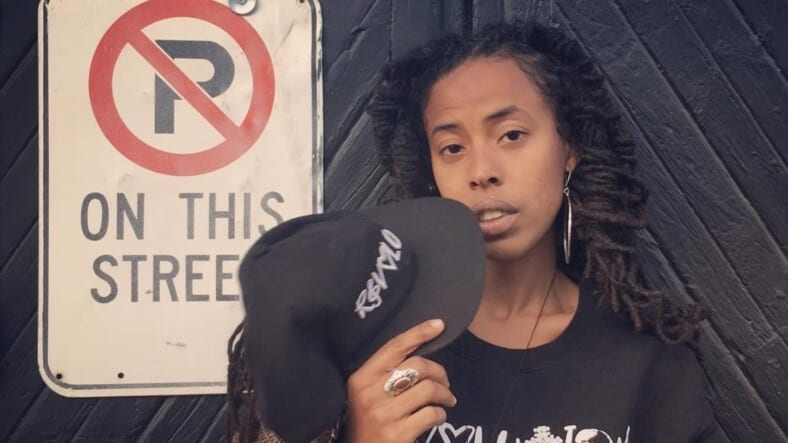 We’re still reeling from the ridiculous show of force Rialto, California police displayed toward filmmaker Donisha Prendergast and her friends when they were harassed and detained for checking out of an Airbnb while black.

Now Prendergast, who is the granddaughter of reggae legend, Bob Marley, is speaking out about the incident that forced her and her friends, Kelly Fyffe Marshall and Komi-Oluwa Olafimihan to fear for their safety as they were surrounded by seven police cars and a chopper flying overhead, all because they failed to wave at a white neighbor.

“What happened to us is an indignity,”Prendergast said at a news conference in Harlem on Thursday.

The neighbor suspected that the Black women rolling out luggage must have been robbing the house. It clearly never occurred to her that they might have been minding their business, as she should have done.

“We’re probably going to sue to get the 911 tapes,” their attorney, Ben Crump told The Daily News.

“They [police] didn’t do anything to properly discern the situation…They literally told these young black people that they had to prove their innocence, that they were guilty until proven innocent.”

Despite the public outcry about the obvious injustice, the owner of the Airbnb home the ladies were renting continues to blame them for the harsh treatment they received as a result of his racist neighbor’s unnecessary phone call to authorities.

“If the kids had simply smiled at (my neighbor) and waved back and acknowledged her and said, ‘We’re just Airbnb guests checking out,’ none of this would have ever happened,” she said. “But instead, they were rude, unkind, not polite.”

“We believe it was a racist 911 call,” Crump said. “She apparently said if the Black people would have just waved and smiled at her, this would not have been an issue. This is offensive on so many levels.”

He also slammed police for how they treated the women, especially when they accused them of fabricating their Airbnb reservation.

“They had the Airbnb app and they called the lady on the phone. And the police are saying, ‘How do we know this is legitimate?’ Really? They just made up an app in the one-minute time you stopped them? It’s asinine,” Crump said.

–Outrage after firefighter who spit on Black child, used N-word, at Hooters found not guilty–

“There really is a huge problem with white people who call the police on Black people for being black, and then police ask the Black people to prove they’re innocent and have right to exist in the space.”

Rialto Police Chief Mark Kling stands by the responding officers’ bad behavior.
“I am confident that our officers that were involved in this situation handled the call for service with dignity, respect and the utmost professionalism,” he said.