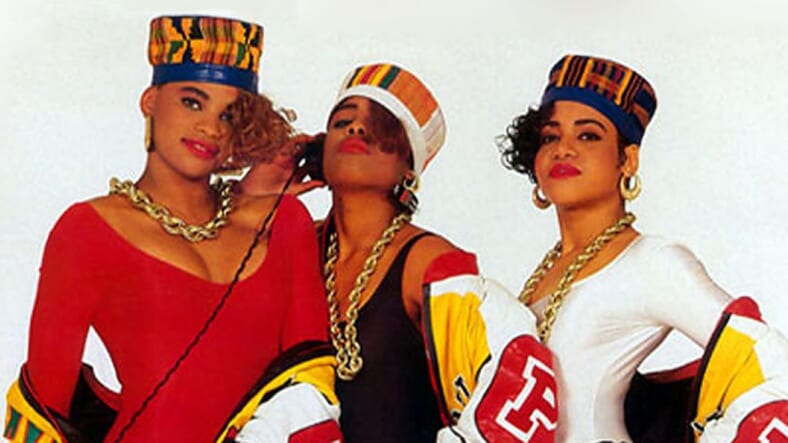 Sandra Denton (aka Pepa) is best known as part of the legendary rap trio, Salt N Pepa, but she may be going by “homewrecker” soon. The 51-year-old rapper and reality star is reportedly dating a married man who has a baby on the way with another woman.

Aundre Dean is an aspiring actor and rapper whose wife, Jordyn Taylor, has taken to social media to put her man and his famous mistress on blast for having an affair while she’s seven months pregnant.

Taylor, who also shares a toddler with Dean, posted a screenshot of an Instagram post by Pep that clearly sent her over the edge.

“Happy Birthday weekend to my man and #MCM @iamAundre keep pushing and being a good dad God will handle the rest. No matter what, I’m here! #RideOrDie #PepItUp #Mcm.”

The scorned wife went in on Pep in the caption she posted with the snapshot.

“When mistresses talk about God… it’s laughable!‘Keep being a good dad?’ … Good dads also don’t stress their pregnant wives out for 15 minutes of fame with a D list ‘has been’ senior citizen celebrity… Still, I release you both in the name of Jesus. God bless u #GUHH #heresyour15minutesoffame.”

Let’s hope the drama doesn’t distract Pepa from her upcoming performance at the 2018 Billboard Music Awards. She is set to join her Salt N Pepa group mates on stage with En Vogue and now we’re wondering if they’ll perform their hit, “I’ll Take Your Man.”

“Thirty years later, we’re still Pushing It all over the world and we’re still loved and celebrated by fans we grew up with as well as new fans,” said Salt-N-Pepa in a statement.

“Looking back at all the barriers we’ve broken as women in this very male dominated genre of music, being the first two female rappers to break the Top 20 on the Billboard Hot 100 is right up there as one of the best moments of our amazing career. We are blessed.”