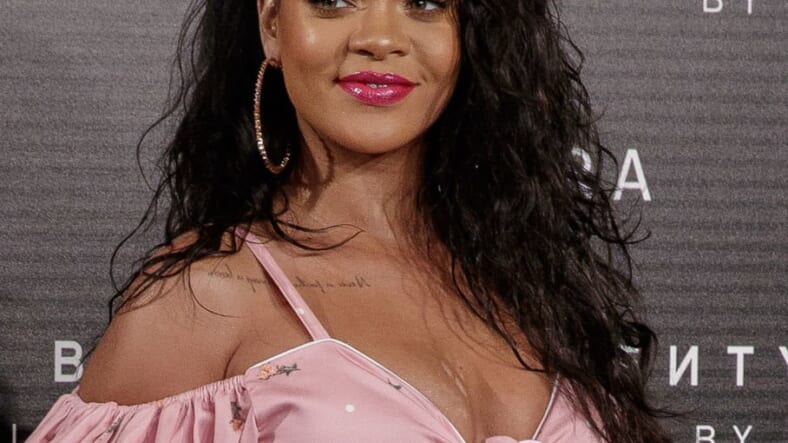 This weekend, Prince Harry and Meghan Markle are getting married and we’ll be waiting with bells on to see who shows up at the royal affair. But when an Access Hollywood reporter tried to get the inside scoop by asking Rihanna if she was going to the royal wedding, she instead got a scoop of some delicious shade from the singer, reports Cosmopolitan.

“Why would you think I’m invited?” the award-winning singer asked the reporter.

Then the reporter said Rihanna had once met Prince Harry during his tour of the Caribbean in November 2016. Rihanna then turned up the heat, saying, “You met me, you think you’re coming to my wedding? Am I coming to yours?”

That would be a negative.

When you get roasted by @Rihanna ?? Riri is clearly not keeping up with the #royalwedding! pic.twitter.com/xeJQePcVi0

Access Hollywood posted the video and admitted to getting burned by RiRi.

While we don’t know who’s all on the guestlist, here are some details from the upcoming nuptials about how to snag a wedding invite.

Kensington Palace released a statement announcing that the public will be chosen “from every corner of the United Kingdom,” whether school children, community leaders, non-profit workers, and more.

“Prince Harry and Ms. Meghan Markle will invite 2,640 members of the public to Windsor Castle on their wedding day to watch the arrivals of the Bride and Groom and their guests and the carriage procession as it departs from the castle,” reads their official Kensington Royal Twitter page.

So, how does one get invited? Well, first, you have to live in the United Kingdom. So, if you’re in the United States, call all your distant cousins and relatives and just maybe you can snag a plus one.

Secondly, they’re choosing up to 1,200 people from a group of nominated persons. The announcement revealed that they have a preference for “young people who have shown strong leadership and those who have served their communities.”

An additional 200 charity workers and 100 school children will also receive an invite.

The wedding, which will take place at St. George’s Chapel and will start at 12 p.m. U.K. time, or 7 a.m. EST/4 a.m. PST, with a romantic carriage ride through the streets set to take place an hour after that.