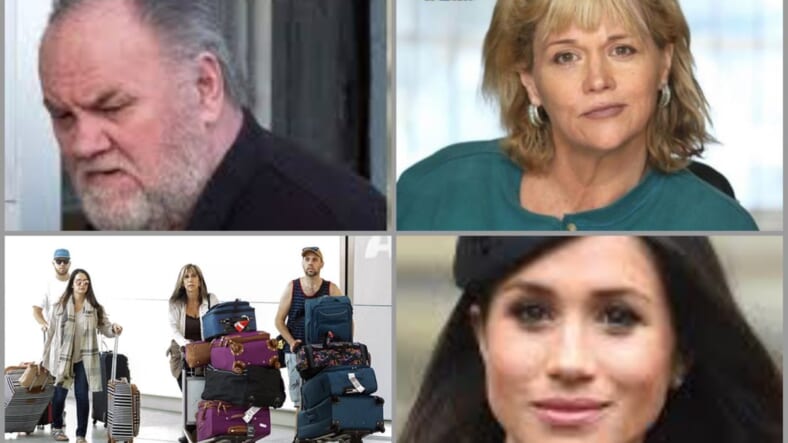 When the public found out bad boy Prince Harry was in love with (and subsequently engaged to) a biracial American woman, there was a big fuss made about what it would mean to have her and her Black relatives in Kensington Palace rubbing elbows with the queen.

But it turns out the joke was on them!

As the last few months have very clearly demonstrated, it’s the white side of Markle’s family that is acting messy while her classy, composed, tight lipped Black mother goes about her business taking yoga classes, moisturizing her locs and staying out of the limelight.

I’d be remiss if I didn’t admit that I’m tickled by this unexpected role reversal. And from what I’ve heard many people of color feel the same. Folks always swear that being uncivilized is synonymous with blackness, but the Markle clan proves that’s far from the case.

Below is a quick round up of some of the craziest stunts pulled by the other side of Meghan’s family (ok…her dad’s side of the family to be specific.)

— King Marcus of House Targaryen First of His Name (@KingMarcusXIII) May 16, 2018

1. Her sister’s impending book on the “pushy princess”

Samantha Grant, who is now going by Samantha Markle, is Meghan’s half-sister, whom she shares the same father. Samantha is from her father’s first marriage and even though she hasn’t seen her sister since 2008, has easily become the most vocal member of Meghan’s estranged family to cash in on her success.

She’s planning to release a memoir called, The Diary of Princess Pushy’s Sister, although she insists the title isn’t a dig against Meghan at all.

“The title is a mockery of the media,” she told the Daily Mail. “It wasn’t me who called Meg ‘pushy.’ It was the tabloid newspapers. She is not pushy. The book isn’t going to be negative — it’s a warm, witty, honoring book — unfortunately, the negative sing-song has gone round the world.”

Meghan Markle's half-sister has denied she's cashing in by speaking about their troubled relationship.#9News pic.twitter.com/DYwCuaYMH6

2. Her ex-hsuband pitched a TV pilot about an actress who marries a prince

Meghan’s TV producer ex-husband Trevor Engelson was reportedly left “devastated” by their divorce and sources have said, “Even after five years he can barely contain his anger.”

But that anger didn’t stop him from pitching a pilot to Fox last September about his ex. As first reported by Deadline. The premise is simple: a happy couple gets divorced and the woman remarries into the British Royal Family. 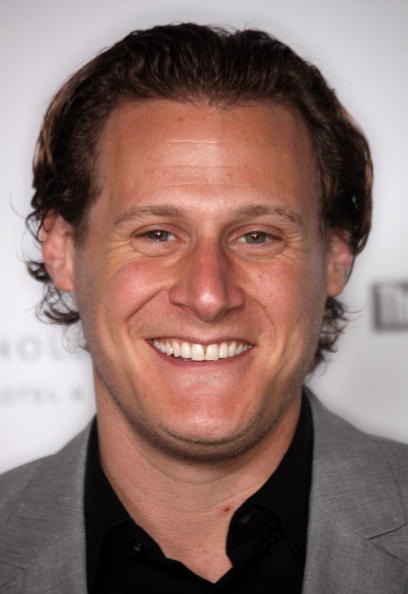 A senior TV executive, who asked not to be named, told Sun Online: “Trevor’s project is currently on hold after several months of anguish for Meghan. She reached out to him at first through friends and now they have kept up the pressure and Trevor has pushed things back.

The plan was for the series to come out during the aftermath of the royal wedding later this summer, but things have changed.”

So basically, Meghan’s ex realized how much backlash he’d get for ripping off her life so blatantly, and came to his senses. The show probably would’ve flopped anyways.

3. Her cousin making a strain of weed in her honor

Legalized marijuana is a booming business these days and the Markle family is making sure to get their piece of the pie.

Recently, Markle’s estranged nephew Tyler Dooley gave an interview where he claimed that although they grew up together, he has no hard feelings that his invite to her wedding somehow got lost in the mail.

In fact, as a wedding present (of sorts), he has decided to develop a potent strain of cannabis that’ll be called Markle’s Sparkle in her honor.

Even though marijuana isn’t legal in Great Britain, Dooley points out that Meghan grew up in the pro-cannabis state of California and Harry “enjoys a good party,” so if the royal couple ever visits him in Grants Pass, OR, he’d be more than happy to offer them a sample.

4. Her father’s on again/off again ‘walk down the aisle’ controversy

Many little girls dream of their father walking them down the aisle one day, while they’re dressed like a princess. But for months there has been ongoing speculation about whether or not Meghan’s father would be able to join her in that fairytale moment.

This weekend it’s finally been confirmed that he won’t.

CNN’s Brad Wilkinson reports Markle’s father, Thomas, is recovering in hospital after heart surgery, according to a report, three days ahead of her marriage to Prince Harry.

If there was ever anyone in this hot mess of a family to feel some sort of sympathy for it’s Thomas Markle, who continues to be portrayed as a pathetic character who is painfully out of touch and ill equipped to deal with his daughter’s newfound international fame.

5. Meghan’s half brother asked Prince Harry not to marry her

Apparently Meghan’s half brother Thomas Markle Jr’s sent a letter to Prince Harry begging him not to marry his sister.

“Dear Prince Harry, It’s not to late, Meghan Markle is obviously not the right woman for you,” he begins.

“As more time passes to your Royal Wedding, it becomes very clear that this is the biggest mistake in royal wedding history. I’m confused why you don’t see the real Meghan that the whole world now sees.

Meghan’s attempt to act the part of a princess like a below C average Hollywood actress is getting old.”

While the letter was initially sent  to warn Prince Harry not to marry th actress – Thomas has since admitted that he wrote it in a “moment of madness” and even went so far as to request an invite to the nuptials.

Even though none of them was invited to the royal wedding (and with good reason), the visual of Meghan’s estranged family arriving to Heathrow Airport this week with tons of luggage as if they plan to stay in London for a while, sent a clear message, “Good luck getting rid of us!”

Meghan’s former sister-in-law Tracy Dooley, as well as her sons, Meghan’s nephews, Tyler Dooley and TJ Dooley, were all spotted arriving at Heathrow on Monday and have been posting pictures from British landmarks every since. But even Tracy admits she has not seen Meghan for 20 years.

Not only has Samantha Grant changed her last name back to Markle, she’s now dyed her blond hair brown to look more like her sister and is on a press tour in the UK talking to anyone who will listen about the little she knows about a sister she hasn’t even seen since the Bush administration.

Recently, Grant defended her right to speak out against Meghan in an interview with TMZ. “[Meghan is] not going to tell me I can’t speak about my life or my father’s where it’s a matter of public self-defense because the media is disparaging us,” she said.

“I’m not going to take it, she’s not qualified to suggest that I don’t.”

Let’s all be honest, the woman is trash. Hateful trash. Even the British press (who are notorious for loving sensational tabloid news) are raising a brow at her blinding jealousy.

Samantha Markle has now said that sister Meghan is 'way out of her league' as the royal wedding quickly approaches. pic.twitter.com/WNCaIo8TGB