Dear White People: Here’s how to be a REAL ally instead of just playing one on social media 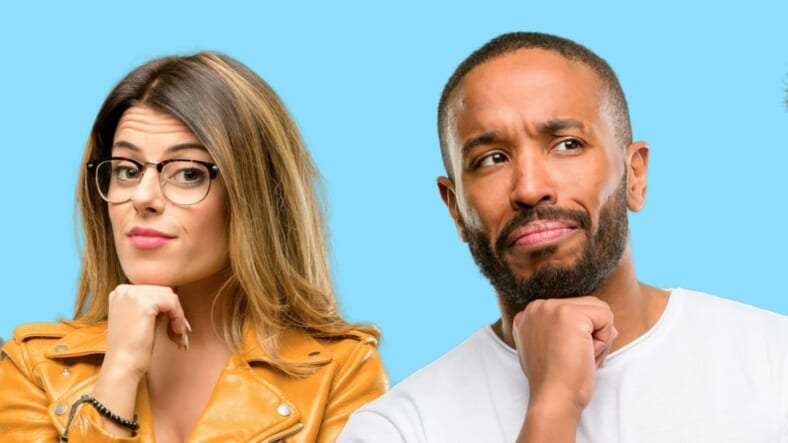 This week, I was reminded not allies are created equal.

Monday, YouTuber Nicole Arbour ruffled a lot of feathers with her ill advised video This is America: Women’s Edit, which was meant to be a women’s empowerment remake of Childish Gambino’s viral sensation.

The internet pretty universally agreed that the video was bad. Really, really bad. And for those of us who are familiar with Arbour’s reputation for doing awful things just for shock value, her choice to capitalize on someone else’s come-up wasn’t surprising.

TheGrio even did a quick review on the clip, explaining all the ways it missed the mark, and that should’ve been the end of the discussion.

But alas, it wasn’t because… white feminism.

Shortly after the piece was published I received messages from angry white people, particularly angry white women, who cited themselves as “allies” who couldn’t believe the way I’d chosen to pick on poor Nicole, who was just doing her part to talk about women’s issues.

To be fair the piece was a bit of a drag, but an accurate drag at that.

READ MORE – Take a Nap Fam: 5 Signs you may be taking being ‘Woke’ too far

And what struck me about some of the feedback was how much these white people thought they were above reproach just because they considered themselves to be better than that stereotype of the uneducated, working class, Trump supporter we’ve all been told are the only racists we need to be worried about.

The truth is, racists come in all shapes and sizes and sometimes it’s the white person standing next to you at a political march who needs to get checked on their problematic ass behavior.

Below is a list of 5 ways to be a REAL ally, rather than just pretending to be one on social media.

1. LISTEN when marginalized people are talking

The first job of any ally (to any cause) is to actively listen to the people they are seeking to empower.

However, after a certain amount of listening, a lot of allies get very proud of themselves and smug about their research. And by research, I mean whatever basic details about systemic racism they’ve gotten from their closest “woke” black friend, or pieced together from the comments section of Facebook threads.

And like any student armed with fresh knowledge they’ve never had to practice in real life, they can often fall into the trap of wanting to explain their new epiphanies to anyone who will listen.

On the surface this is harmless and well meaning, but at a certain point it can teeter towards “whitesplaining.” Which creates this bizarre dynamic where liberal white people think they have a free pass to explain blackness, to actual Black people.

DON’T. Just, don’t. It’s condescending and also gives you an excuse to flex your white privilege muscles in a way you probably hadn’t banked on.

The only person you need to be explaining anything Black to, is uninformed white folks. You’re whole purpose as an ally is to take what you learn and spread it to those who have the power to change it. Spitting it back out to oppressed people who live it every day is a no-go.

And if you meet a Ben Carson kind of brother who is so self-loathing (or lost) about his own culture, it makes you feel like you really are talking to a racist white person, aaah well, that one’s tricky. My best advice would be to tread lightly and point out obvious hypocrisies, but if the convo gets too deep, tap out and pull in another black person to check him.

Look, no one said being a white ally was easy, but do you know what’s even harder?

2. Don’t dismiss lived experiences that are unfamiliar to you

A lot of seasoned allies are allowed into spaces they normally wouldn’t be allowed into. They get to hear kitchen table talk with their black besties and roommates. Are privy to emotional rants by people of color who spend all day smiling and pretending to be pleasant in public, and in some cases, come face-to-face with that scary “black rage” they’ve heard so much about.

Like in any relationship, the more you trust someone the more you are willing to show them your vulnerable and ugly sides.

However, I’ve often noticed that when this level of intimacy occurs, many allies resort to seeing these moments through a white lens, instead of through the lens of the people who are actually living them.

Which is what makes them say things like, “Are you sure that manager at Starbucks was being racist? Cause they don’t give me the bathroom key either”

They are so accustomed to people having reasonable reactions to them, that when a Black person points out a micro-aggression they can’t help but assume they are overreacting. Because in a white world, racial micro-aggressions don’t even exist.

That unchecked judgment about Black pain, can also lead to defensiveness, and a need to tell Black people, “Well not ALL white people are like that. Look at me, I’m great!”

The minute you hear yourself saying some mess like that, stop talking. Seriously, just hush, chalk it up to a momentary lapse in judgement and take the L for stepping into a steaming pile of #AllLiveMatter rhetoric.

White supremacy, institutional racism, and toxic whiteness are not the same as being someone who happens to be born white. Inserting your anecdotal wisdom into a conversation about powerful systems of oppression that have been in place for centuries is both conceited and woefully short sighted.

This is bigger than you boo.

And also, please ease up on the open disdain towards angry Black people. Yes, they can be loud, hostile, and hypersensitive. And that can quickly become annoying and off-putting. But do you know what those are all symptoms of?

PTSD caused by racial trauma (yes, that really is a thing).

Getting personally offended by a Black person about the anger, fear and resentment they harbor towards racism, is like being personally offended by a Vietnam war vet who is triggered by loud noises. They went through a battle you can’t even imagine, and whatever aftershock, skittishness, and mental dis-ease they’re experiencing is based on looking evil in the face and still being haunted by what they saw.

Again – stop making that about YOU.

Wish them peace and step out of the way. You don’t have to be their friend, but don’t bash them either. Their pain is valid.

4. Acknowledge your own internal biases so you can dismantle them

So if you are going to be an HONEST ally, that means being really candid with yourself about all the racist ish you’ve thought, said, and perhaps even taken part of over the years.

If you are one of those people who insists they’ve never had a racist thought in their life, you are in deeeeeep denial and this article probably isn’t for you anyways.

But for the rest of ya’ll actually seeking to “do better” – act like you’re in a confessional at a Catholic church and come clean. Even if it’s just to yourself and your journal.

Ugliness only grows in the dark, so pretending your hands are clean will only allow those subconscious seeds of judgment and resentment towards Black people to grow.

By acknowledging your own racial biases they cease to have power over you and then you can actually start the process of deprogramming yourself. Otherwise you’ll end up being one of those high strung liberals who screams out the n-word whenever you’re frustrated, and then begs people to forgive you afterwards.

And the world definitely doesn’t need any more of those.

5. Speak up when other white people act like donkeys

All the information you learned, Black spaces you’ve been in, and friends you’ve made along the way who humanized this issue for you… are all leading up to THIS moment.

For a white ally, coming face-to-face with an openly racist or problematic white person is what I like to call “Show & Tell.” It’s when you finally get to put all those fancy words and nuanced arguments you learned to good use. And you actually have a decent chance of being taken seriously because you’re white too!

If you say you are a white ally, but remain silent in moments when marginalized people are being mistreated or mischaracterized, you my dear are a fraud.

Sometimes when I meet vocal allies, I find myself wondering if they joined this movement to make the world a safe and more equitable place for minorities, OR are the just hoping to stick around long enough to get a free pass into Black culture.

We all know these people, the ones who seem noble at first, but as time goes on, start to think that their ongoing proximity to blackness gives them a “hood pass” to excessively use urban vernacular, appropriate anything their heart desires, and drop the n-word in public because, “My black friends told me it was ok.”

Unless the United States has started a sponsorship program for white people seeking to gain access into Wakanda, I need ya’ll to cut that ish out. Because these actions show that deep down even the most liberal of white allies still see blackness as something that can be obtained through force or procured under the guise of friendship.

You can not Rachel Dolezal your way into the Black community.

And on a similar note, many of us are to blame for this false sense of access. Every time a white person does something even mildly decent, and not all that extraordinary, we’re quick to scream, “S/he’s invited to the cookout!”

Can we ALL rein that in a bit?

Because the standards for an invite to said cookout are getting lower by the day.

Until I start hearing white people say, “S/he’s invited to the country club!” as a normalized sign of affection, I’d prefer we stop bartering away pieces of our culture for the flimsiest semblance of acceptance.

Real allies don’t want to take anything from us, they are seeking to level the playing field so that we can finally get some of the same privileges they get to take for granted.

And any gift that’s given with the expectation of something in return, isn’t really a gift at all.