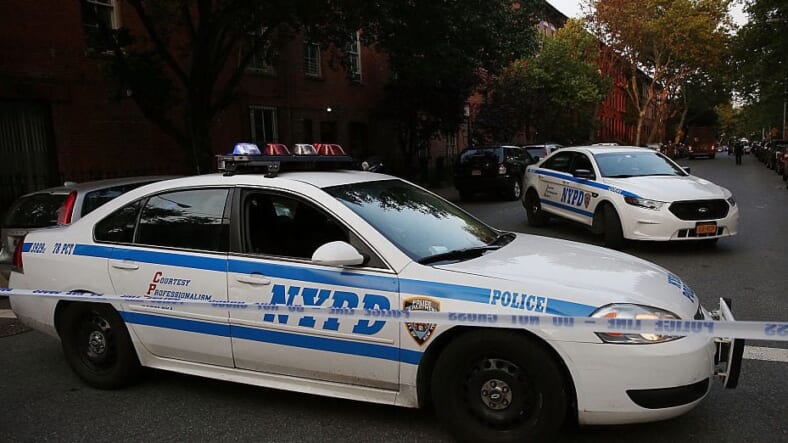 A Black New York City police officer, who said he was off-duty when he was arrested by two cops for no reason, is now suing for $5 million for mental anguish.

The NYPD says no such arrest exists.

NYPD Police Officer Karim Powell filed a suit for a March 2017 traffic stop where he said two cops refused to accept his police ID, cursed him out and arrested him without cause, reports the New York Post.

“He (a cop) came up, and he said ‘turn around’ and placed me in cuffs,” Powell told The Post.

Powell said he showed the cop his badge, to no avail.

“I was standing there for 10 to 15 minutes before a patrol supervisor arrived,” he said. “The only thing I remember thinking of [the cursing cop] was, ‘That guy’s nasty.’ They placed me in his car. A sergeant told the officer to remove the cuffs.”

—Was Chrissy Teigen wrong for defending airline who humiliated white woman by asking for proof that she’s her biracial son’s mom?—

Powell was later charged with “failure to show ID,” the papers said.

However Powell maintains his innocence.

“I’ve been accused of something I haven’t done. It’s really unfair,” he said. “They were nasty. They didn’t do their job right.”