Was Chrissy Teigen wrong for defending airline who humiliated white woman by asking for proof that she’s her biracial son’s mom? 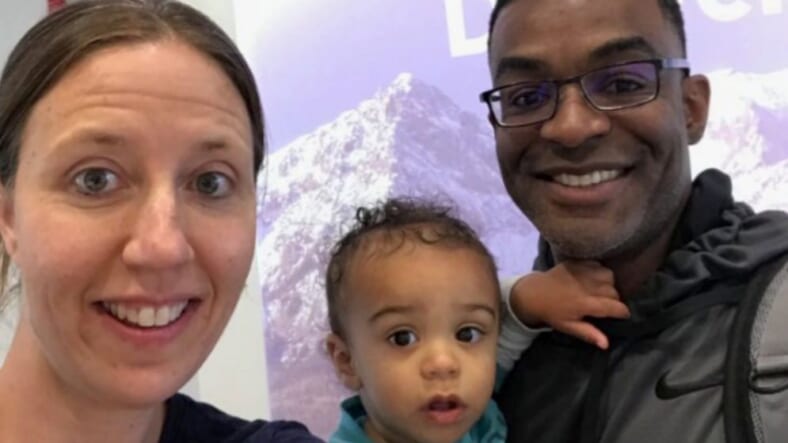 A white mom who was upset because she had to show Southwest Airlines proof that she was the parent of her biracial son, got a lesson from Chrissy Teigen on how to deal with the harsh realities of racial profiling.

Lindsay Gottlieb, a basketball coach for the University of California, Berkeley tweeted about her experience after a ticket agent asked for ID because Gottlieb’s last name didn’t match her son Jordan’s, reports Yahoo.

Gottlieb, however, claimed that a more sinister reason was behind the ticket agent’s interrogation.

“I’m appalled that after approx 50 times flying with my 1-year-old son, ticket counter personnel told me I had to ‘prove’ that he was my son, despite having his passport,” she tweeted Monday. “She said because we have different last name. My guess is because he has a different skin color.”

Lisa Gottlieb’s husband is black and the couple was flying on Southwest Airlines to Oakland, from Denver.

“Airlines have asked this of me, too, with my daughter. Once I learned it’s a precaution for the very real threat of child trafficking, I stopped being exasperated with it. Now I’m kind of worried when they don’t ask.”

Still Lisa Gottlieb said the experience was “demeaning and insensitive.”

“She 1st asked for proof with birth certificate,” Gottlieb tweeted. “She then said it’s a “federal law” (not true) but asked me to prove I’m mother with Facebook post. What??”

Gottlieb’s story took flight on social media while there’s no word from Southwest about the situation, she tweeted: “We are fine.”