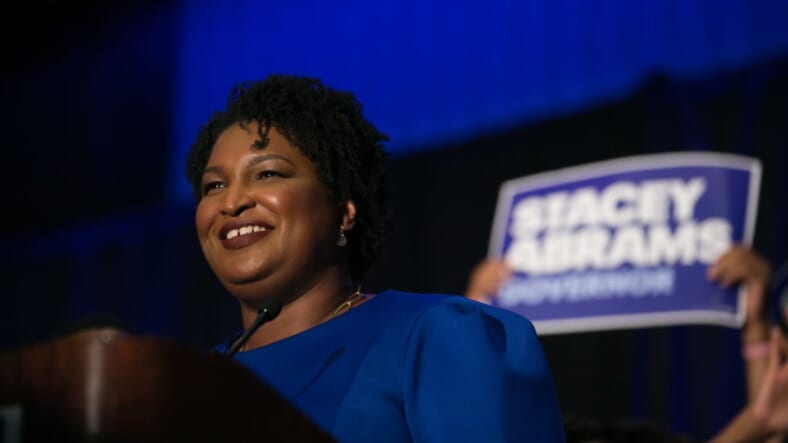 Georgia Democratic Gubernatorial candidate Stacey Abrams takes the stage to declare victory in the primary during an election night event on May 22, 2018 in Atlanta, Georia. (Photo by Jessica McGowan/Getty Images)

The results of this year’s midterm elections are going to be incredibly important, not just because they could help save us from the unchecked reign of Donald Trump’s presidency, but also because they could shape our political landscape for several years to come.

A plethora of offices in different states will be on the ballot in November. There is the whole House of Representatives, a third of the Senate, 36 governorships, and a good smattering of state legislature seats up for grabs.

With so many races on the horizon, Stacey Abrams from Georgia stands out amongst the pack. Here’s a quick run down of why she matters and has the powers that be shaking in their boots. 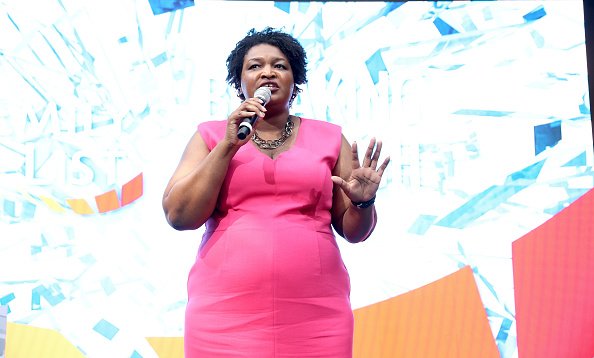 Abrams at the Kimmel Center for the Performing Arts on July 27, 2016 in Philadelphia, Pennsylvania. (Photo courtesy of Getty.)

Unlike some high profile people in politics Abrams comes from humble beginnings and was raised by working-class parents in Gulfport, Mississippi.

Her family later moved to Atlanta so her parents could study to become Methodist ministers.

Through blood, sweat and tears Abrams earned a law degree at Yale and a master’s degree in public affairs from the University of Texas at Austin before ultimately returning to Atlanta. She practiced tax law before becoming deputy city attorney in 2002, and was first elected to the state House of Representatives in 2007, becoming the first woman party leader in state history in 2011.

She said her desire to provide the state’s families with more pathways to prosperity is what motivated her to run for governor.

“I watch politicians on both sides of the aisle, and a lot of our policies are geared toward survival ― how do we keep people where they are,” Abrams said. “And particularly on our side of the aisle as Democrats, we have forgotten that we are supposed to be the party of prosperity for those who are disenfranchised and left behind.”

She could become the first African-American woman governor in U.S. History 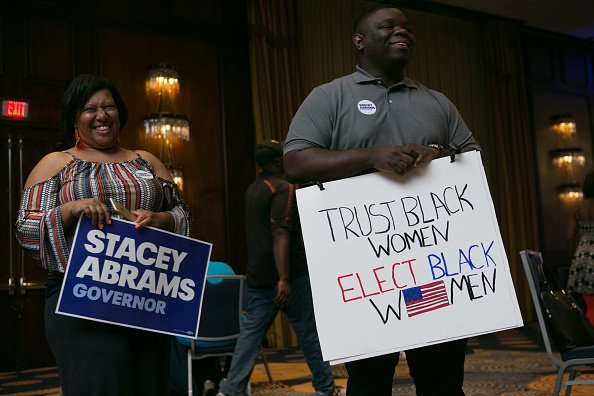 Abrams made history in Georgia last month when she became the first African-American woman to win a major party’s nomination for governor. And is already being seen as one of the biggest political phenomenons of 2018.

“We can actually win elections without having to cater to these right-wing, harshly conservative policies that only serve to harm everyone,” says Abrams.

As high school valedictorian, @staceyabrams was invited to the Georgia Governor’s mansion. When she got there, the security guard “told us it was a private event and we didn’t belong there.” Now, Abrams is the Democratic nominee for governor. https://t.co/gT0IC29OJb

She scares the GOP 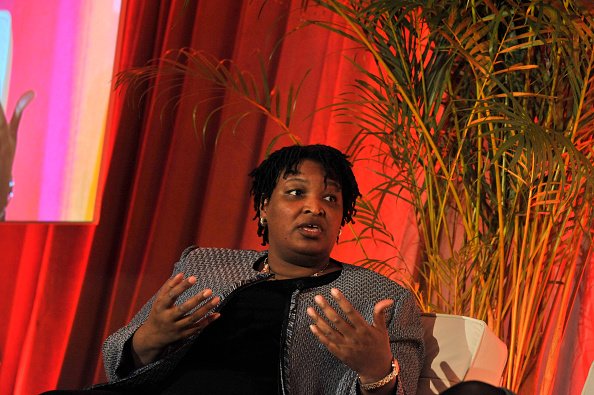 It’s crazy to think that in 2018 no Black woman has ever been governor in this country, and if Abrams could pull off this feat in GEORGIA of all places, that would be even more outstanding.

It should come as no surprise that she has Republicans shook (and a bit surprised) by her unexpected popularity.

The same way Trump was able to seemingly come out of nowhere and excite a previously ignored group of white citizens who had never voted before, Abrams fans say she is the kind of candidate who will turn out those same types of Black voters.

“There is a huge mass of untapped voter potential in the African-American population in the state,” said Atlanta-based state Sen. Nan Orrock (D). “Stacey can excite that vote in the same way Obama did.”

She’s honest about her debt 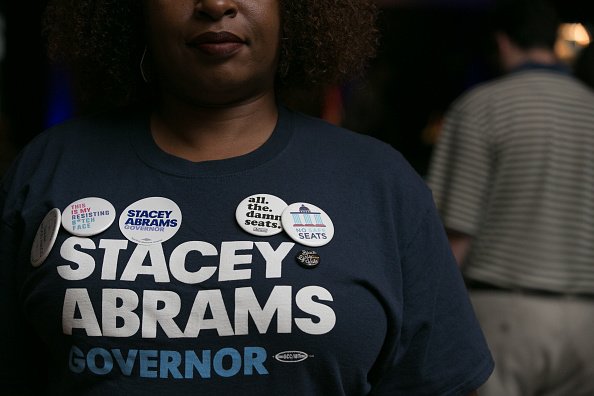 Political candidates often boast about their financial status as a sign of how well equipped they are to lead a community, but Abrams has been a maverick when it comes to the way she discusses her finances.

Unlike Trump who has amnesia about his bankruptcies and refuses to share his tax returns, Abrams has come clean about her financial woes and what it’s taught her.

“As a candidate for governor of Georgia, I have spent the past few weeks dealing with the fallout from my personal financial disclosure report,” she writes in an opinion piece for Fortune. “As everyone following the race now knows, I owe the IRS over $50,000 in deferred tax payments (I am currently on a repayment plan) and hold more than $170,000 in credit card and student loan debt.”

“I am in debt, but I am not alone,” she continues. “Debt is a millstone that weighs down more than three-quarters of Americans. It can determine whether we are able to run for office, to launch a business, to quit a job we hate. But it should not—and cannot—be a disqualification for ambition.”

In the South where respectability politics and saying “Bless your heart” when speaking to enemies is the norm, Abrams definitely dances to the beat of her own drum.

According to Rolling Stone, “Far from “knowing her place,” as “good” blacks in Georgia were always supposed to do in the eyes of “powerful white men,” Abrams is sharp-witted as well as sharp-elbowed, and so unabashed about her vaulting ambition – she intends to be elected president in 2028 – that she considers it one of her greatest virtues and jokes about it easily.”

“Look, politicians are like 15-year-old girls,” she told The Washington Post a few years back. “We respond to money, peer pressure and attention.”

Abrams ability to appeal to a liberal crowd has helped her raise a ton of money from outside Georgia, including high profile donors like Alyssa Milano and Meryl Streep.

Last September at a New York event for EMILY’s List, the national group that helps elect pro-choice women, Abrams playfully asked attendees: “You’ve gotta figure out: Do they hate me because I’m Black? Because I’m a woman? Because I’m tall?”

The possibility of Abrams as governor of Georgia now has browbeaten Democrats drooling with excitement, and has breathed life back into the party in a way that we haven’t seen since Trump’s devastating election in 2016.

Far from perfect, and proud of it, she represents the new face of the South where Black women, and Black people as a whole, get to be flawed humans who can be as loud and vainglorious as their white opponents, and still be taken seriously.