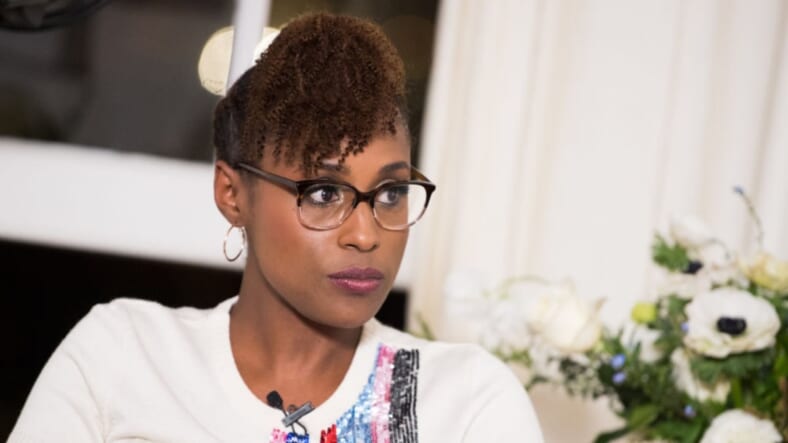 The star and creator of the HBO hit show is gearing up for its third season to tackle big issues like Black masculinity when it returns with new episodes in August 2018.

Rae spoke to The Hollywood Reporter, about the show’s return and the new territory of topics she plans to explore, but we’ll have to wait it out to find out the specifics.

“I don’t want to give anything away!” Rae said.

READ MORE: VIDEO: Kim Kardashian on why she was skeptical Trump would free Alice Marie Johnson and why she thanks Ivanka

Insecure, which was created by Rae and Larry Wilmore, has enjoyed ratings success as it tells the story of two Black women and their friendship through the insecurities and awkwardness of real life.

Fans can look forward to much more of that sisterhood this season too.

“This season is about adulting in a new way. I think we’ve watched our characters really fumble and fuck up — and in some ways in your 20s you are allowed that — but this season is about not acting like you’re naive anymore or that you don’t know better. So it is about, what does it look like to know better and to do better?”

Rae has entertained audiences with two successful seasons with the hit show, which was adapted from her bestselling book, “The Misadventures Of Awkward Black Girl.”

“HBO likes to take their time, and I’m also taking my time with Insecure, so they’re all in different stages” she said.

“None are casting yet. But there’s Him or Her, which is a comedy by Travon Free about a Black bisexual man navigating dating and life. And there’s a show by Angela Flournoy, who’s an author I love, and it’s a ’90s project about a Black family living in L.A. And my next project is one called Sweet Life that I’m co-writing about teens basically living in Black Beverly Hills. It’s kind of like a Black 90210, but not.”

We are here for all of it. Just tell us when to watch and how much popcorn to bring.