VIDEO: Kim Kardashian on why she was skeptical Trump would free Alice Marie Johnson and why she thanks Ivanka 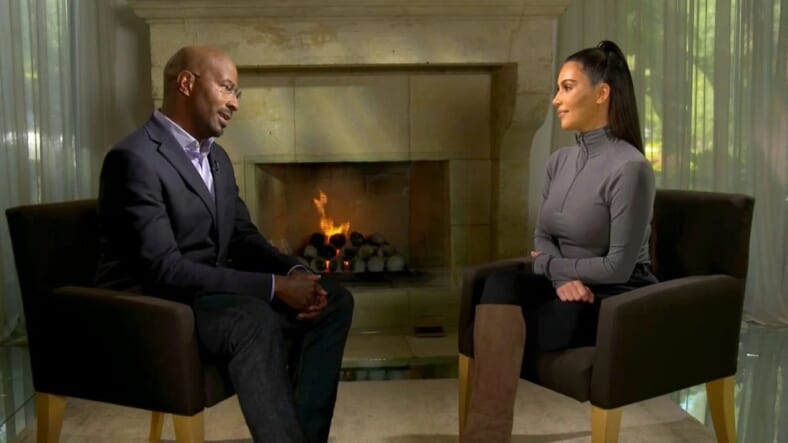 It was a dream come true for reality star Kim Kardashian West when she learned that President Donald Trump was releasing Alice Marie Johnson – the first-time drug offender serving a life sentence who Kardashian advocated for to free from prison.

After taking a meeting with President Donald Trump and becoming the butt of online jokes for pushing the Johnson case, Kardashian was overwhelmed with joy when the President called and said that the 63-year-old grandmother would be freed.

“When he said he has the papers in front of him and he’s signing it … my heart was so full,” Kardashian explained to Van Jones in a CNN interview.

“He said he had investigated the case, speaking to several people, including Johnson’s warden, and everyone had a unanimous feeling of Alice, that she will live a great life,” Kim Kardashian said.

Trump commuted the sentence of Alice Marie Johnson, a 63-year-old grandmother who had already served 21 years of a life sentence for conspiracy to possess cocaine and attempted possession of cocaine. It was Johnson’s first offense.

Kardashian has been advocating for Johnson’s release and even hired high-powered attorney to the stars Shawn Holley to help with the case. Last week, Kardashian met with Trump to seek a pardon for the mother of five.

She was also the first to call Johnson and give her the good news.

“I was like ‘you’re going home,’” Kardashian said Thursday, recalling the conversation with Johnson.

Johnson screamed when she heard she was finally going home.

“We cried, maybe, on the phone for like three minutes straight,” said an emotional Kardashian.

“Everyone was just crying,”

Kardashian said she immediately connected with Johnson’s case when she came across it online.

“She lost her longtime job, got a divorce, her son died,” she said. “Everything was going so bad for her, and she got desperate.”

Kardashian said: “I felt like she’s a good person. You can see that in her.”

“Everyone has brought attention to this case and I just happened to see it on Twitter. So, I do want to give credit where credit is due to everyone that’s been working so hard on this for so long for her.”

When she met with Trump, Kardashian said she was laser-focused to get her point across about Johnson.

“I was very focused. I knew that if I have this meeting, I can’t go in there and talk about all the policies that I don’t agree with,” she said.

And she said she knew she was taking a chance and would get backlash, but she believed in Johnson’s case.

“I knew people wouldn’t understand it. And at that point, I had to make the decision that this was bigger than me,” she said.