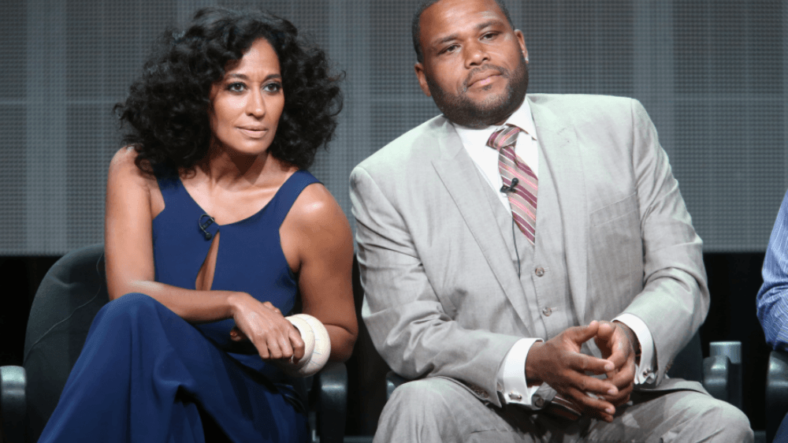 Black-ish actress Tracee Ellis Ross said it was frightening when ABC pulled the NFL kneeling protest episode back in February. Did ABC see something coming? Even though viewers didn’t see the controversial “Take a Knee” episode, it seems that art is imitating life after there was real-life fallout following the NFL’s decision to penalize any players who kneel for justice.

In an interview with The Hollywood Reporter Ross said she didn’t ask many questions when ABC axed the episode but added:

“The details of why the episode was pulled and everything that has surrounded that, I do not have the answers for.

Black-ish is a show known for tackling tough social issues, but the episode about “Take a Knee” was reportedly shelved indefinitely due to creative differences.

The episode entitled “Please Baby, Please,” was originally slated to air on February 27, but was replaced by a rerun after the show’s producer, Kenya Barris, failed to reach an agreement with ABC executives.

“Given our creative differences, neither ABC nor I were happy with the direction of the episode and mutually agreed not to air it. Black-ish is a show that has spoken to all different types of people and brought them closer as a community and I’m so proud of the series,” said Barris at the time.

Ross aired her concern about if this amounted to “censorship” by the network.

The episode was going to address the controversial kneeling protest initiated by Colin Kaepernick to protest police brutality.

—Roseanne Caught Crying: Disgraced actress learns she’ll lose more than $3 million for show that will go on without her—