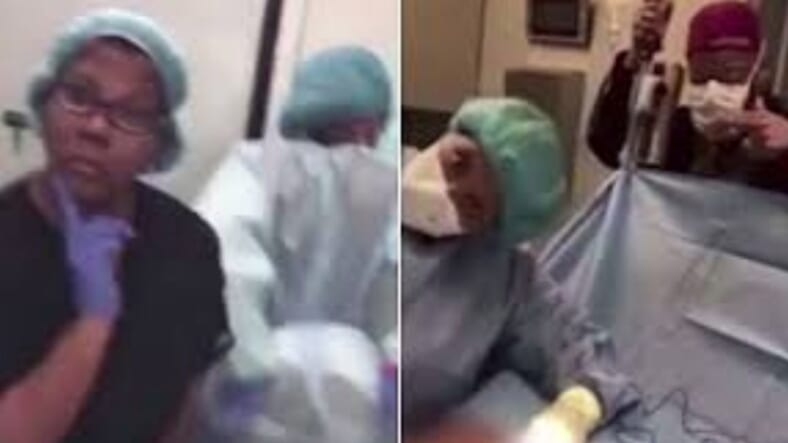 The dancing doctor that rapped and made music videos while performing plastic surgery has had her medical license suspended by the Georgia Composite Medical Board today, reports the AJC.

—Life after prison: After being pardoned by Obama and becoming a lawyer, one woman explains what’s next for Alice Marie Johnson—

In a recent case, a woman’s lung collapsed and bled profusely after surgery. The board determined that Davis-Boutte’s practice “failed to meet the minimal standards of care and it was part of a pattern of conduct,” the order said.

Several malpractice cases came to light after a family of a woman who has surgery by dancing doctor Dr. Davis- Boutte sued the dancing doctor after the woman suffered permanent brain damage during plastic surgery.

WSBTV news station aired reports from several former patients of Boutte’s who have filed lawsuits against the dancing doctor. They also showed video of Boutte dancing and rapping to music, creating videos while operating openly on sedated patients.

The woman who suffered a collapsed lung, had received liposuction, breast augmentation and a Brazilian Butt lift by Boutte on May 30. The woman said she was rushed to the hospital after suffering from respiratory distress and she was bleeding from the liposuction incisions.

As of yesterday, the patient was still in the hospital, according to the order.

“It is long overdue,” said Susan Witt, an attorney who has represented several women in malpractice lawsuits against Davis-Boutte. “Many women have been harmed unnecessarily by the board’s procrastination.”

—SURPRISE! State Trooper reunited with man who delivered him as a baby during traffic stop—

Davis-Boutte touts herself as “Atlanta’s most experienced cosmetic surgeon” but she was a dermatologist.

More than 20 YouTube videos show the surgeon dancing and rapping in homemade music videos. In them you can see the bodies of patients who are apparently under anesthesia. Some of the videos also show while she’s dancing she is cutting into the patients and performing work.