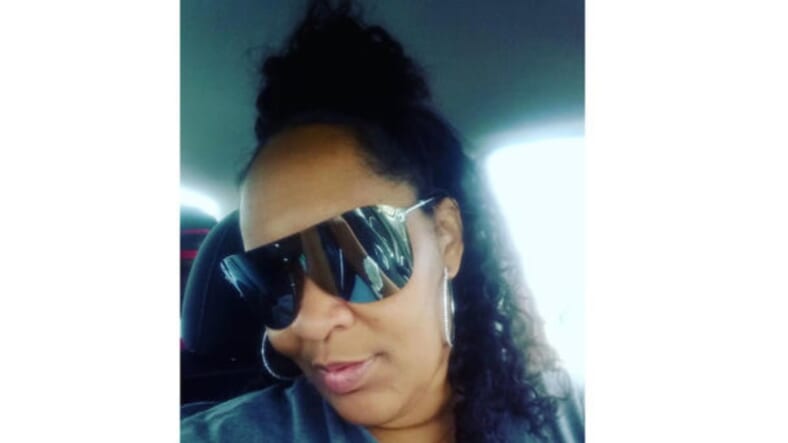 Lashonda Anderson was shot and killed after she allegedly shoplifted and tried to run over an officer. (Photo courtesy of a family friend)

A 36-year-old Black woman in New Jersey was shot and killed Saturday by a police officer who accused her of shoplifting and then trying to run him over outside a shopping center.

After receiving a call around 3:40 p.m. about a shoplifting incident in progress, police arrived at a Marshall’s store on1800 Clements Bridge Road in Deptford Township in South Jersey.

According to NBC New York, LaShanda Anderson, along with Raoul Gadson and Chanel Barnes, were identified as the three shoplifting suspects from Philadelphia. But when police approached Gadson, he fled the scene on foot. Meanwhile, Anderson and Barnes allegedly jumped inside a rented Nissan Armada and accelerated toward the police.

“One of the officers, a patrol captain and 27-year veteran, was struck by the open driver-side door,” police said. “Anderson then allegedly tried to deliberately run over a second officer, a sergeant. The sergeant, a 17-year veteran, took out a gun and fired three shots, striking Anderson twice.”

Anderson was pronounced dead at the scene from multiple gunshot wounds.

Local activist Walter Hudson is asking that the police make any audio or visual of the shooting or leading up to the shooting should be exposed. He is asking the New Jersey Attorney General to step in.

Although Gadson’s whereabouts remain unknown, Barnes was charged with shoplifting. Gadson, on the other hand, faces robbery and assault charges.

The sergeant involved in the shooting was treated for his injuries at a nearby hospital and has since been placed on administrative leave.

Gloucester County Prosecutor’s Office said none of the officers was wearing a body cam.