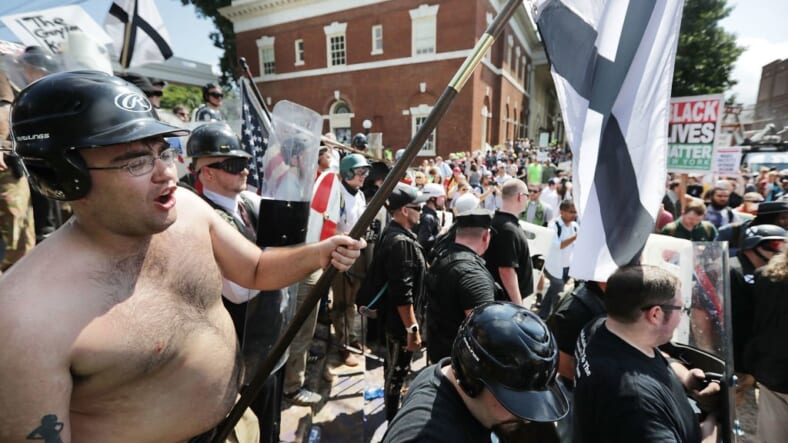 A white Marine, who once fought for the freedom of all Americans, is now teaching white neo-Nazis the ways of disrupting protests and lacing up combat boots to beat up activists.

The Daily Beast reports that Erik Sailors, a Marine, is using what he learned in the military to train white supremacists through informal military classes. Sailors is reportedly head of a Texas chapter of Patriot Front, a white-supremacist group that litters neighborhoods with racist flyers.

The Patriot Front, a hate group, also holds racist rallies and was front and center last year during the Charlottesville, Virginia, infamous and deadly rally.

It was revealed that Sailors teaches white supremacists how to fight mix-martial-arts style; he urges them to wear Military-grade combat boots and to bring wipes to rally, perhaps to wash off evidence.

“There is no place for racial hatred or extremism in the Marine Corps. Our strength is derived from the individual excellence of every Marine regardless of background,” said Marine spokesman Maj. Brian Block.

Sailors not only gives members physical strength training but advises them on what to eat so they look good enough to attractive women.

“Any operations I plan in the future will involve running. Be prepared,” Sailors wrote in November 2017.

—Congratulations Trump, You Played Yourself: How Kim Jong-un went full gangsta at the North Korea Summit—

“We should look good and be attractive to attract women to the movement but shouldn’t be specifically targeting them.”

Sailors is classified as a veteran but because he moved from being enlisted in 2011 to transitioning to the Individual Ready Reserve (IRR) in 2016.

The IRR members while technically are still Marines, aren’t held to the same standards but still can be called to active duty.

The Marines policy prohibits members from “actively advocating supremacist, extremist, or criminal gang doctrine, ideology, or causes.” But again, it doesn’t apply to the IRR members.