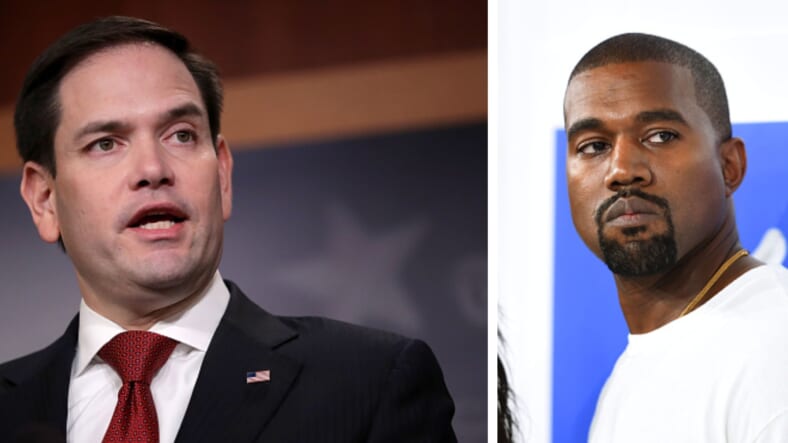 Did someone actually ask Marco Rubio his opinion of Kanye’s new album because the Florida senator sure did have something to say about “Ye.”

The Florida senator and former Republican presidential candidate Rubio tried, and failed, to be down when he posted a bizarre video Friday on Twitter giving his two cents about Kanye West’s new album.

In an obvious weak attempt to connect with millennials, Rubio admits he hasn’t listened to “Ye,” saying that he knows it premiered in Wyoming last week. Rubio also probably doesn’t know that it’s West’s eighth number one album, tying the rapper with Eminem and The Beatles for most consecutive chart-toppers in a row.

Also in the video, Rubio  said West was in the middle of the now-squashed beef between Drake and Pusha T . “That whole thing is so complicated,” he said.

The video was paid for by the “Marco Rubio for Senate,” campaign committee, but Rubio isn’t up for reelection in four years, so maybe he should just stick to politics.

Check out the video below:

What do you think of Kanye West’s new album? pic.twitter.com/w1207wVgZ0