Psycho psychiatrist under fire for whipping patients suffering from depression 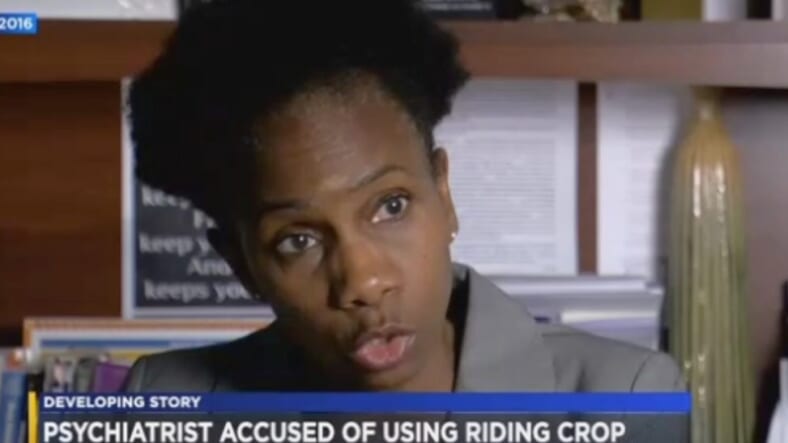 A Tennessee psychiatrist who whipped her mental health patients like cattle has now had her license suspended.

Dr. Valerie Louise Augustus is under fire for the bizarre practice of spanking her clients on their butts with a whip and a riding crop while referring to them as mules.

According to documents, Augustus “made contact with other mental health patients with a riding crop, whip or other object.”

According to the Daily Mail, Augustus runs the Christian Psychiatrist Services in Memphis but she has now been suspended after it was reported she used the unorthodox method on at least 10 of her patients who suffered from mental health issues like depression and suicidal thoughts, reports The Tennessean.

Augustus was disciplined after a patient reported the physical abuse. The patient reportedly sought treatment for depression and suicidal thoughts that he was dealing with since 2015.

Tennessee Board of Medical Examiners has suspended Augustus’ license because there was no evidence that she listed using the whips or riding crops as part of her treatment. She was fine $10,000 and $1,000 for each patient that was hit.

“The state investigation added she used the riding crops and whips as a ‘a desire to exert dominance over her female patients and her inability to accept personal responsibility’,” according to WMC.

If Augustus plans to get her license back, she has to undergo a two-day medical ethics class and she’ll have to be cleared by the Vanderbilt Comprehensive Assessment Program.

Even if she clears those hurdles, the whip-wielding psychiatrist will have to petition to have her license restored. Then she will still have to serve a three-year probation.