White man blocks Atlanta doctor from entering her own home 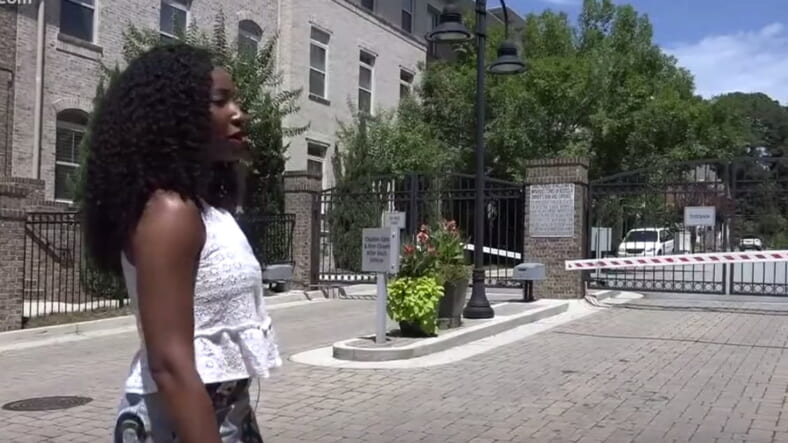 It’s happening again. This time, a Black doctor in Atlanta is upset at a white man who blocked her entrance to the gated community in which she lives because he felt she “didn’t belong there.

Dr. Nnenna Agoucha told WXIA that on June 18 the man racially profiled her when he blocked her from entering the Buckhead community where she has lived for nearly eight years.

A part of the nearly 30-minute exchange was captured on camera.

“He is saying that I need to prove to him that I live here before he lets me into my own community,” a frustrated Aguocha says in the video. “He got out of the car and threatened to call the police on me because I was ‘trespassing.’

“This is racial profiling at it’s finest,” she adds. “I have lived here for eight years and I’ve never seen this guy. What kind of nonsense is this?”

Insult after working the night shift

According to the police report, Aguocha stated she was attempting to enter the Buckhead Townhome community after just coming off an overnight shift when another property owner stopped her at the gate entrance.

The video shows that he parked his car under the gate arm and refused to move forward to let her in, despite her repeated requests.

“He called the police, so I called the police as well,” she said. Aguocha told police he would not let her in due to the fact he didn’t believe that she lived there. He accused her of tailgating his car to try to get in.

“I absolutely think it was racially motivated,” Aguocha told WXIA. “When this altercation was going on, what went through my mind was this guy could do absolutely anything to me.

“He could shoot me dead on the spot because he was trying to protect the neighborhood and the property,” she added, “and people would make up stories later.”

After police arrived on the scene, the man eventually moved his vehicle. The man, who it turns out did not actually live in the gated community himself, claimed there had been robberies in the area and people had been allegedly stealing A/C units.

However, the president of the homeowner’s association said they had no knowledge of any A/C unit thefts and even if there had been, it doesn’t excuse his behavior.

She used her gate entry code and to open it to demonstrate to the officer that she lived there.

“When she (the officer) arrived, the gentleman proceeded to say once again I was trespassing on the property, and I said, ‘Actually, sir, I do,’ and I used my gate clicker to click the gate open, and it was at that point where she said, ‘Sir, you see, she actually does live here.'”

“(They) do whatever they want to do because there are no repercussions,” Agoucha said. “I know that things like this happen all the time and I am not exempt from that so I’m not surprised.”