White House press secretary got the boot at a Virginia eatery for having the president as her boss. 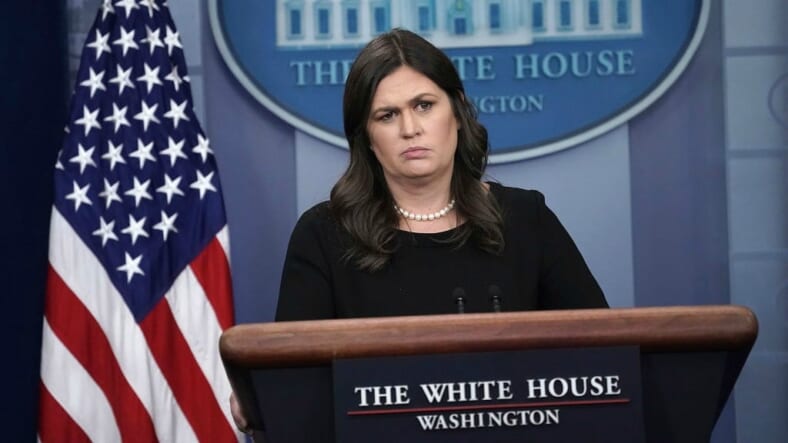 White House press secretary Sarah Huckabee Sanders said she was told to leave a Virginia restaurant because she works for Donald Trump.

Sanders tweeted Saturday that she was told by the female owner of the Red Hen in Lexington, VA Friday night she had to go because of her ties to Trump.

Last night I was told by the owner of Red Hen in Lexington, VA to leave because I work for @POTUS and I politely left. Her actions say far more about her than about me. I always do my best to treat people, including those I disagree with, respectfully and will continue to do so

READ MORE:Michelle Obama teases upcoming memoir as a “re-humanization effort” to give voice to the voiceless

The incident was the second time this week that a Trump administration staffer was harassed while dining out. On Tuesday, protesters booed and yelled  “end family separation” at Homeland Security Secretary Kirstjen Nielsen while she ate at a Mexican restaurant in Washington.

The protesters were referring to a policy that required arresting undocumented immigrants illegally crossing the U.S. border. The policy also required separating children from adults who illegally crossed the border.

Trump reversed the policy on Wednesday. Now there’s some confusion as federal officials are trying to figure out what to do with families arrested at the U.S.-Mexican border and being held before having their cases heard by immigration officials. The Pentagon has identified bases near the border where up to 20,000 people could be held, the newspaper said.

Meanwhile, Sanders’ father, former Arkansas governor Mike Huckabee, rushed to the defense of his daughter on Twitter on Saturday.

“Bigotry. On the menu at Red Hen Restaurant in Lexington VA. Or you can ask for the “Hate Plate,” he tweeted. “And appetizers are “small plates for small minds.”

Bigotry. On the menu at Red Hen Restaurant in Lexington VA. Or you can ask for the “Hate Plate”. And appetizers are “small plates for small minds” https://t.co/rHEVdcQwwh