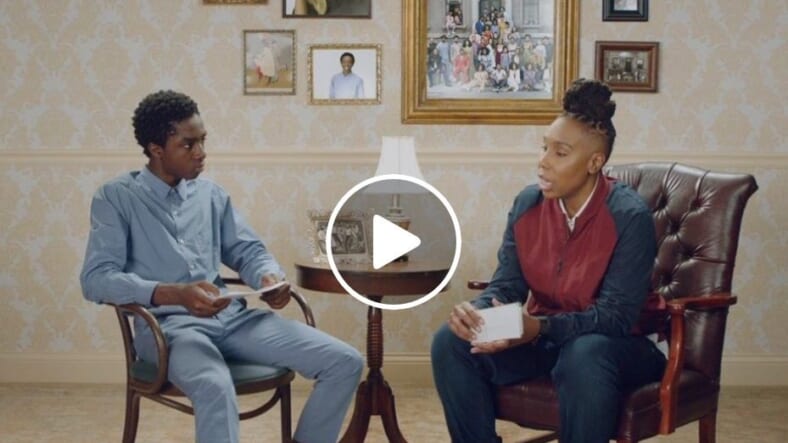 In addition to their Facebook Watch Series, What Had Happened Was, Netflix’s @StrongBlackLead channel launched a series of conversations featuring its talent called, Did We Just Become Best Friends? The series that features talent from the streaming service’s diverse roster kicked off its first episode by having Lena Waithe interview Stranger Things star, Caleb McLaughlin before turning the tables to let the 16-year-old actor ask her a few questions too.

He also discussed the fact that many of his black fans don’t watch Stranger Things, but know him for his role in BET’s super successful film, The New Edition Story.

“In our line of work, we get a lot of appreciation, maybe too much, Waithe says. “I kinda like coming up with a story or a joke. The things that’s exciting about it is getting to see the reaction from the audience.”

She also revealed her thoughts on what it means to be a #StrongBlackLead.

“I think when you’re black, I think unfortunately there’s more that goes along with it but I also think we’re redefining it, in terms of what that means. If you think about “Moonlight,’ there’s three very strong black leads,” she says. “I think what it means to be strong is to be confident. And being black, there’s no one way to be black.”

Lena Waithe wasted no time praising the young actor for his work on the BET flick and it’s clear she’s as much a fan of his as we are.

Check out the clip from Episode one of Did We Just Become Best Friends?: