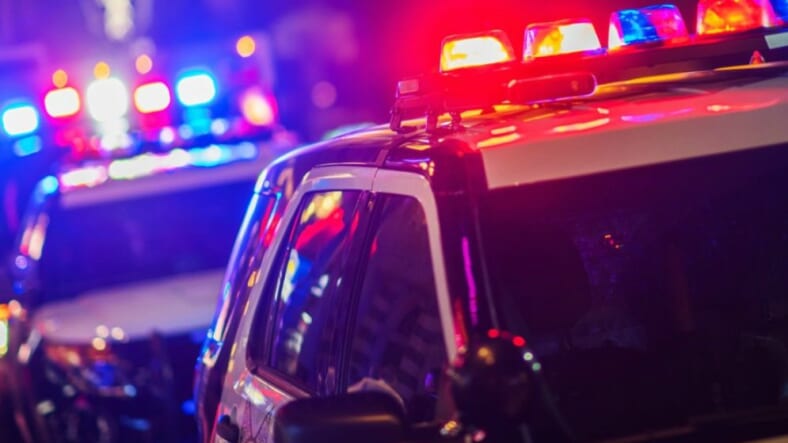 A man trying to buy a cell phone at T-Mobile was ordered face down on the concrete and made to crawl to cops after someone called the police to report a fake robbery.

Dorian Johnson drove his uncle Vincent Lemar to a Fresno, California store to check out the latest iPhones but instead Johnson was ordered face down as cops pointed their guns and demanded he crawl to them outside the T-Mobile store.

And thanks to his cell phone, Lemar was able to take video of the shocking occurrence as his 26-year-old nephew struggles to inch toward the police on the concrete using his toes and fingertips.

On the video you can hear an officer asking Johnson if he has a gun on him. He doesn’t.

“What are you guys doing in there?” one officer asks.

“Just trying to get a new phone,” Lemar replies.

Two black men were pricing out cellphones in a T-Mobile store when the cops received a 911 call falsely claiming the store was being robbed. pic.twitter.com/9IWLnlmpeX

Gloria Bush, Johnson’s girlfriend who came back to the store to pick the men up, watched from the parking lot in horror as she questioned police about what was happening. She said she dropped the men off and went to get some donuts before returning, , reports the Fresno Bee.

“All I saw was guns pointed at my babies’ daddy, and he was on the ground. I didn’t know if they had already shot him,” Bush, 23, of Fresno, told The Bee Friday. “I said, ‘Tell me what’s going on. I know he’s a good man. I know he wasn’t here with bad intentions.”

Johnson shouts to Bush to be cool.

“Calm down babe, let them do what they gotta do,” he says, as an officer with a gun drawn tells him to “keep coming.”

The men say it was a case of racial profiling.

T-Mobile issued a statement Friday evening: “The safety and comfort of our customers, our TPR dealers and their employees is paramount to us. We are taking this incident very seriously and are actively investigating to determine exactly what occurred. Though we have found no evidence that the employees acted improperly, we would take definitive action if we did.”