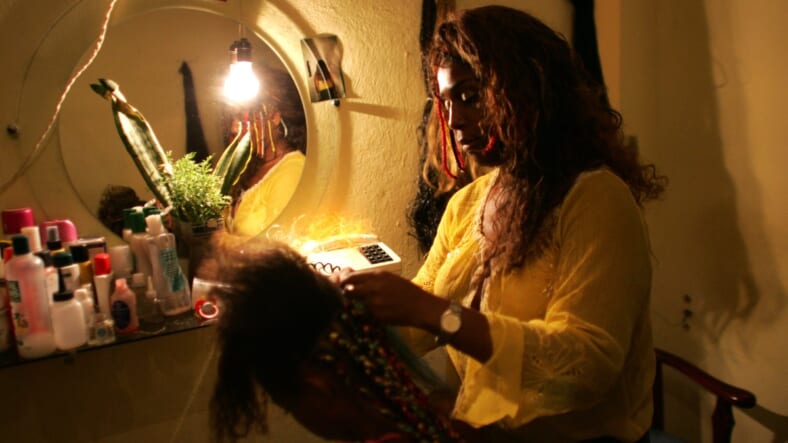 West African hair braiding businesses are fairly common in New Jersey. However, because state regulations mandate that owners attend costly cosmetology schools, many immigrants who have already learned how to do hair from their matriarchs in their homeland end up doing it illegally often times without a license.

In an effort to curb this trend, over the last two years, many of these African women – some documented, others not – have lobbied legislators in Trenton to get the law changed, according to WNYC.org.

And it appears their work has not been in vain as they’re now on the verge of watching the legislature change the law to exempt them from the cosmetology requirement.

What’s most surprising about this endeavor is that it was guided by the state chapter of Americans For Prosperity, a conservative political advocacy group backed by the Koch brothers.

“Those guys came and said, ‘We are going to work you through this,'” said Anita Yeboah, a braider originally from Ghana who works in Trenton. “All we can say to them is, God bless them for their time, for all they are doing.”

While some may be taken aback by their involvement, Erica Jedynak, the state director for Americans For Prosperity, believes the plight of these women fits in perfectly with the group’s efforts to cut government intrusion into business.

Many stylists also complained to Jedynak that customers who knew the law wasn’t on their side would often walk out without paying their bills and then threatening to turn braiders in for working without a license.

When Yeboah moved to the U.S. two decades ago, her first child was born with disabilities. As a result she needed a job that would allow for flexibility so she could go to numerous therapy and doctor appointments.

Braiding hair provided her with enough income to raise four children and also save enough money to start a nonprofit organization in Ghana helping other children with disabilities.

“We do miracles with hair…with our own hands, comb, no chemicals – make them feel so happy and proud,” she explained.

“We respect the law in America, we know the law makes this country so beautiful, we love America so much,” she continued. “But this is something that we are born with, so I think there’s no need for us to go to school.”

To her point, African hair braiders don’t think they should have to spend close to $20,000 on cosmetology courses and degrees since their profession doesn’t involve chemicals. The mandated classes mostly cover shaving and hair dying, but do not include instruction for their style of hair braiding.

Currently, Yeboah works in a legal gray area, under the license of her shop’s manager. She works constantly in fear of being fined thousands of dollars, like her counterparts.

The bill she lobbied for wants to create a new Hair Braiding Establishment Advisory Committee to register and inspect braiding shops to ensure they meet the new, mandated standards. Just this Sunday, it passed the Senate unanimously and now awaits New Jersey’s Gov. Phil Murphy‘s signature.

“You are braiding hair to put your children through school, through college, through medical issues. It’s amazing,” said Assemblywoman Angela McKnight at the committee hearing. “And you are a registered business. So you are paying taxes. So you are helping the economy.”

Jedynak agrees and also points out that this is an issue that is actually getting bipartisan support. “In a context of just New Jersey bickering, and even some of the national discourse that is unfortunate, you have both sides coming together,” she said.