Is Zac Efron the latest perpetrator of cultural appropriation? 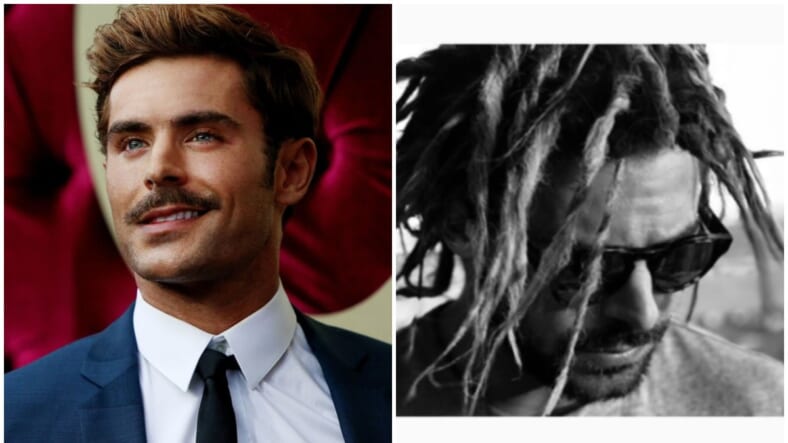 Zac Efron attends the Australian premiere of The Greatest Showman at The Star on December 20, 2017 in Sydney, Australia. (Photo by Lisa Maree Williams/Getty Images) and is now sporting a different look on Instagram.

Actor Zac Efron soon learned that you can’t play the part of a dreadlocked Rasta and a bubblegum entertainer at the same time.

The heartthrob best known for his High School Musical movies thought it was child’s play when he posted a picture of himself last week with dreadlocks and the caption, “Just for fun” on Instagram, reports the Pluralist.

But 30-year-old Efron caught a wind of heavy criticism with many saying that his summer hairdo is a classic case of yet another white person stealing a part of Black culture.

“This is literal cultural appropriation and nothing about my culture is ‘just for fun,’” one Instagram user said.

“You have been afforded so much privilege and world experiences that should also inform you that dreadlocks on white people is cultural appropriation,” said another.

Many white entertainers – albeit a bit clueless – have come under fire for appropriating Black culture. One case in point is Kim Kardashian who has been constantly schooled on social media for wearing braids and attributing the style to 1970’s actress, Bo Derek –a white woman.

“Kim Kardashian got on Fulani braids and called them ‘Bo Derek’ braids. These why culture appropriation trash. Also, how many times is that family gonna get dragged for them to stop appropriating other people’s culture. This why Beyonce don’t like her stiff lips ass,” wrote one user earlier this year.

As the pluralist reports: “Dreadlocks, which are essentially tangled strands of hair, have turned up in many cultures across thousands of years. Evidence of their use has been found in ancient India, ancient Egypt, Germanic tribes, Vikings, Pacific Islanders, early Christians, the Aborigines, and the New Guineans as well as a number of African tribes.”

It’s not only a part of the culture for  Rastafarians to rock the style, it’s actually intrinsic to their religious belief. One could even liken it to wearing a Yamaka for the Jewish faith or a Bindi for the Hindi faith. However, as of late wearing dreads has become a fashion trend even among African Americans.

“This is WHY Trump is president,” said one commenter. “Playing the race card over and over about every little thing possible. The rest of the world is bored by this- leave Zac alone he looks good with it.”

“The comments on here are ridiculous,” said someone else. “Do people scream cultural appropriation comments when they see a picture of Niki [sic] Minaj wearing a blond wig? No.. no one should care about something as insignificant as someone else’s hair.”

What do you think? Should Efron get a pass for rocking the style or should we send him to the barber shop to shave it off?