5 Reasons ‘Love & Hip Hop Hollywood’ is doing WAY too much

Expect this crazy cast to sink to new lows when the series returns on July 23. 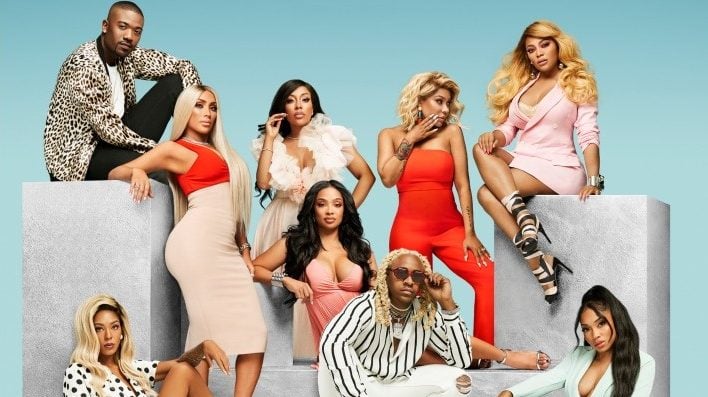 Love & Hip Hop Hollywood is returning to Vh1 for a fifth season and fans can expect to be shocked and appalled by the cast’s crazy antics time around.

“Trashy” doesn’t begin to describe the depths of depravity on display and we are still reeling from what we saw on the season premiere of the hit show that stars Ray J, Princess Love, Teairra Mari, Moneice Slaughter, and K. Michelle among others.

The Love & Hip Hop franchise isn’t known for promoting class, but this season’s drama takes ratchetry down to a whole new level and it is a LOT. Instead of following friends as they navigate the music industry while throwing silly shade, the explosive issues explored this season are nothing to laugh about.

Here are 5 reasons it may be time to tune it out or turn it up, depending on your personal taste:

Something’s up with K. Michelle. The singer who has hopped on several editions of Love & Hip Hop from New York to Atlanta has now landed in Tinseltown and she wants to go by “Kimberly” now that she has committed to a life of class. Fans will learn more about her terrifying health issues stemming from her plastic surgeries and likely be puzzled by the fact that her face is nearly unrecognizable. Even though the outspoken artist already told the world she quit the show, she’s the narrator of the season premiere and we can’t help but wonder if something deeper is going on inside the mind of this talented beauty.

Teairra Mari may get burned. One of the show’s remaining original cast members has been a mainstay in the headlines thanks to an alleged sex tape leak. By the looks of this season, she has a lot more to worry about than a disgruntled ex because even though she has already completed a stint in rehab, it looks like old issues may be back to haunt her in a big way. There’s nothing entertaining about watching someone struggle with addiction and if rumors that Teairra leaked her own sex tape are true, she may have made a mess she won’t be able to clean up.

Is nothing sacred? Princess Love and Ray J have already welcomed their bundle of joy but the couple was filming the show through Princess’ pregnancy and it looks like it was a bumpy ride. Seeing Princess fret over her husband’s fidelity while she prepares for her first child isn’t juicy, it’s sad. The fact that these folks are married now and still dealing with the same issues is even more disappointing.

Fights gone too far. This cast would have been a mainstay on The Jerry Springer Show in its hey-day and it seems they have no problem laying hands on each other over the smallest disagreements. Moneice Slaughter has never been one to hold her tongue, but when she attempts to throw a chair at Princess Love while she’s nearly seven months pregnant, we had to hit pause. Is this funny? Entertaining? How could someone even consider striking a pregnant woman? Princess isn’t off the hook either because she went looking for a fight despite the fact that she had much more important things to focus on. Do better, ladies. Please.

The newbie needs help. There’s a new woman on the cast who will likely steal the spotlight but we can’t help but feel sorry for her. A stripper named Apple Watts is supposedly well-known in the industry for the tricks she can do with her derriere but watching her scoot it across the floor on the season premiere just made me want to cry. Hearing how she has spent years shaking it for dollar bills to support her children while holding on to the dream of a real rap career didn’t make me think of success stories like Cardi B‘s. It made me think that this show has no limit to its exploitation of Black women.

The cast weighs in on what fans can expect to see from them this season in the video below.